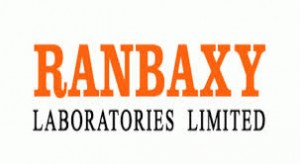 New York, Feb 19 (IANS) India’s Ranbaxy Laboratories and Israel’s Teva pharmaceutical Industries are set to settle over allegations that the two rival generic drug makers made an unlawful agreement to restrict competition, according to a media report.

As part of the deal, the companies will terminate an agreement not to challenge each other’s rights to sell certain generic drugs exclusively in the US, the newspaper said.

They also agreed to refrain from entering into similar agreements in the future, and will pay the state $300,000.

“Agreements between drug manufacturers to protect each other’s market positions violate fundamental principles of antitrust law and can lead to higher drug prices,” Schneiderman said in a written statement.

He said drug companies “should be aware that my office will intervene aggressively to root out collusion among industry players.”

The companies neither admitted nor denied Schneiderman’s allegations as part of the settlement, the Journal said.

The newspaper said the attorney general’s office didn’t identify any “real-world” anticompetitive effects from the companies’ agreement, but said the pact was illegal regardless of whether there were any such effects, according to the settlement.

The settlement resolves Schneiderman’s investigation of a 2010 agreement between the companies in which Ranbaxy made contingency plans regarding
its planned sale of a generic version of the cholesterol drug Lipitor, the Journal said

Ranbaxy was concerned it might not receive US Food and Drug Administration approval in time to begin selling the drug in late 2011, so it reached a financial deal that would have allowed Teva to sell generic Lipitor in the event that it couldn’t, the US daily citing the attorney general’s office.

Ranbaxy did end up obtaining FDA approval and began selling the drug. But the agreement with Teva remained in place.

The deal allegedly included a provision in which each company agreed not to challenge each other’s exclusivity rights on a range of generic drugs, the Journal reported.