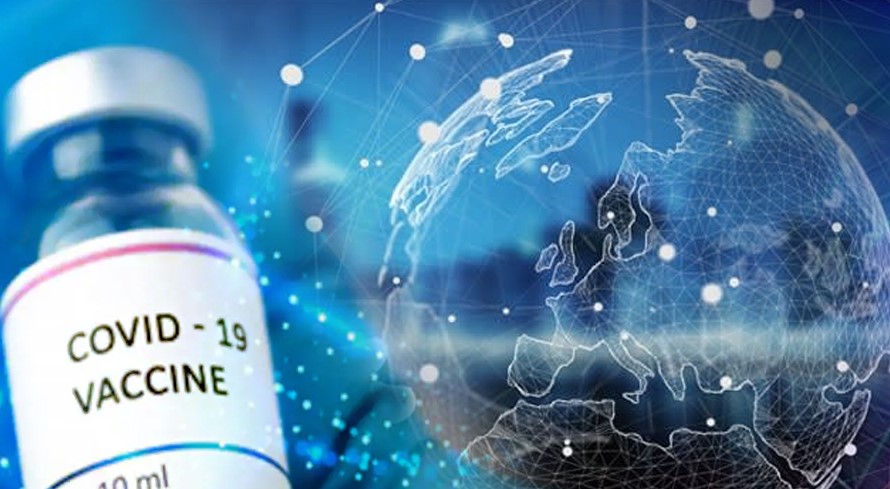 It was a shining moment of pride for over 1.3 billion people of India, and an emotional moment for Prime Minister Narendra Modi when he launched the world’s largest vaccination drive on January 16. Broadcast live on national television, the much-awaited vaccine roll-out has ignited optimism anew about a healthier and happier future. The vaccination drive has been tracked closely in the world as the “Made-in-India” vaccines promise deliverance from the lethal curse of the coronavirus pandemic that has killed millions around the world.

”It takes years to prepare vaccines. But in the shortest span of time, we have not only one but two India-made vaccines,” PM Modi said while showering praise on Indian scientists who worked tirelessly to make what seemed impossible possible. The sheer scale of India’s vaccination drive is staggering: by the second phase, India hopes to inoculate over 300 million people, which exceeds the population of Britain, France, Germany and Italy combined. “There are only three countries in the world with more than 30 crore population: India, the US and China. Hence, this is going to be the biggest vaccination drive,” PM Modi said.

The indigenous development and manufacturing of the twin vaccines —  Covishield (the local name for the Oxford-AstraZeneca vaccine developed in the UK in collaboration with Serum Institute of India) and Covaxin, locally made by pharma company Bharat Biotech – is a high point in India’s technology journey and another feather in its reputation as the world’s pharma powerhouse. India is a formidable vaccine powerhouse, accounting for 60% of manufacturing of the world’s vaccines. Covaxin exemplifies the new mantra of Atmanirbhar Bharat (self-reliant India) as it has been developed indigenously by Bharat Biotech, which exports vaccines to 123 countries. These vaccines underscore the Make in India project of indigenous manufacturing and seal India’s growing reputation as a global pharmacy of the world. These vaccines also mark India’s entry into the exclusive V5 club- the five anti-corona vaccine-producing powers which includes the US, UK, Russia, China and India.

The vaccination drive has been planned in a phased manner, identifying priority groups and informing the candidates via phones. Healthcare workers, both in government and private sectors, have been identified as the first recipient of the vaccine during Phase 1, which started on January 16. Thousands of frontline and health workers got the redemptive jab in Phase 1, signalling confidence in India-made vaccines. In the second phase, 300 million people will be vaccinated, with priority given to people over 50 years and those with co-morbidities.

The meticulousness with which the vaccination drive is being implemented encapsulates the 3S approach of the Indian government – Speed, Scale and Skill. This 3S approach was evident from the early days of the pandemic when India became the first major country to impose the nation-wide lockdown to curb the pandemic in March 2020.   In subsequent months, India ramped up testing and took other defining steps such as enhanced manufacturing of masks and sanitisers to curb the pandemic.

India’s vaccination drive seeks to eliminate coronavirus not only from India, but to also assist the country’s neighbours, partners and friends to overcome the pandemic. Under its newly-launched programme “Vaccine Maitri,” India has already provided the first tranche of vaccines to neighbours, including Bangladesh, Sri Lanka, Nepal and Myanmar. This has been followed by sending vaccines to Mauritius and Seychelles, the strategically located Indian Ocean countries, which India sees as part of its extended neighbourhood.

In the spirit of “vasudhaiva kutumbakam” (the whole world is a family) ingrained in the Indian culture, India is supplying medicines to these countries as gifts as well as on a commercial basis. In terms of quantities and types of vaccines, the supplies abroad on G-to-G, G-to-B and B-to-B basis would be based on availability and regulatory approvals in the countries concerned.

The decision to send vaccines first to neighboring countries was taken consciously by the Indian government to showcase its unstinting commitment to Neighbourhood First policy initiated by Prime Minister Modi. Contractual supplies are also being undertaken to Saudi Arabia, South Africa, Brazil, Morocco, Bangladesh and Myanmar.

“Keeping in view the domestic requirements of the phased rollout, India will continue to supply COVID-19 vaccines to partner countries over the coming weeks and months in a phased manner. It will be ensured that domestic manufacturers will have adequate stocks to meet domestic requirements while supplying abroad,” said India’s external affairs ministry in a statement.

The vaccination drive, preceded by supplies of HCQ to over 150 countries around the world at the height of the pandemic last year, has established India’s credentials as the world’s leading public health security provider and a net security provider to the region. India’s large-hearted pandemic-related assistance and its emergence as the first responder in crisis have won it rich accolades from the world. Terming India a “true friend” which is harnessing its pharmaceutical sector to help the global community, the US has lauded New Delhi for gifting COVID-19 vaccines to several countries. “India’s a true friend using its pharma to help the global community,” the US State Department said. The vaccine supply drive is set to strengthen India’s relations with countries in South Asia, which have reposed faith in India-made vaccines.

Leaders of neighboring countries have also expressed their thanks for New Delhi’s friendly gesture. “I thank Prime Minister Shri @narendramodi ji as well as the Government and people of India for the generous grant of one million doses of Covid vaccine to Nepal at this critical time when India is rolling out vaccination for its own people,” Nepal’s Prime Minister K.P. Oli tweeted.

This phase of Vaccine Diplomacy has coincided with India’s tenure as a non-permanent member in the UN Security Council and underlines the global leadership of India in navigating not just the pandemic but a host of cross-cutting challenges that the world will face in 2021 and beyond.

*Manish Chand is CEO & Editor-in-Chief of India Writes Network, www.indiawrites.org, and India and the World, a pioneering magazine focused on global affairs.

The assassination of Mahatma Gandhi and Mirpur