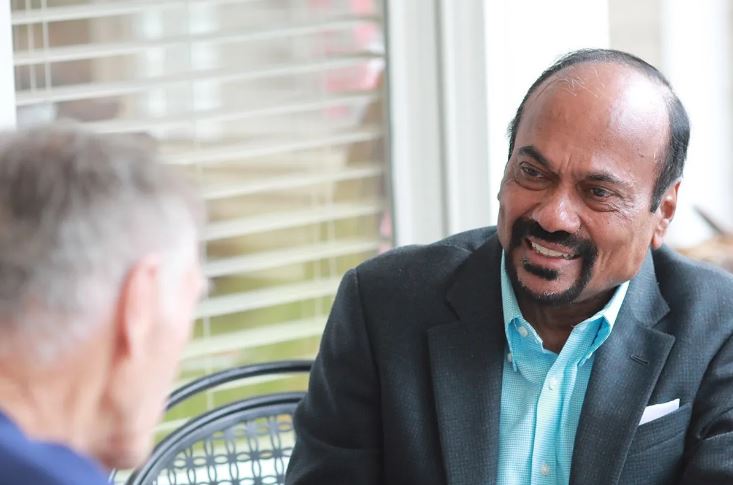 That, in essence, is the question before the Indian American voters in Johns Creek, Georgia.

All across America, more and more Indian Americans from both parties are attempting to represent our community’s collective interests. Apart from Vice President Kamala Harris in the White House, who too has Indian roots, we have four members in the House of Representatives, Raja Krishnamoorthy, Ro Khanna, Pramila Jayapal and Ami Bera. But how well are we fairing in State Legislatures?

Although the Indian American presence in State Legislatures is meager compared to other minority communities, there are signs that the landscape is changing for the better. At present, Indian Americans are members of the House or Senate in several states, including California, New York, New Jersey, Maryland, Michigan and Virginia, all of which have large Indian American communities. But the fact that even states with very small Indian American population have elected representatives from our community is even more fascinating.

For example, the number of Indian Americans in the states of Arizona, Kentucky, Ohio, Vermont and Washington is not significant, as we all know. They constitute tiny minorities. Yet, all of them have at least one Indian American representative. That brings us to Georgia, which boasts more than 150,000 Indian Americans, and zero representation. It’s not something we can be proud of. Know this before you say shame on us!

Indian Americans happen to be the largest Asian population in the state of Georgia, followed by ethnic Chinese, Korean, Vietnamese, Filipino and Pakistanis. Bangladeshis constitute one of the smallest communities. Now, look at the Asian American legislators in Georgia. Michelle Au, a Chinese American physician is a state senator. Marvin Lim, a Filipino American attorney is a member of the State House. Bee Nguyen, a Vietnamese with an NGO executive background is serving in the House for a second term. Sam Park, a Korean American attorney has been elected to the same House since 2016. Businessman turned politician, Shiekh Rahman, is a Bangladeshi immigrant elected to the Georgia Senate, the first Asian to claim the honor. Now, what does all these facts really mean?

Well, for starters, Indian Americans are not even on the political radar. In spite of being just half of the Indian population, the Chinese already have a representative. Koreans, Vietnamese and Filipinos are much fewer in numbers. In spite of that, they have managed to get at least one representative of their own ethnic background. As per the Asian American Advocacy Fund, there are only 3,297 Bangladeshis in the state. They too can proudly boast a State Senator of their own. These facts should motivate every Indian American in Georgia to pause for a moment and ask, why? What is preventing us from getting our fair share of representation? Can we change course?

For the first time in Georgia’s 245 year history, an Indian American has every chance to win a seat and be in the state’s legislature, provided the Indian American voters in Johns Creek roll up their sleeves and vote in the runoff election on or before June 21st.

Narender Reddy, like many who run for political office from our community, is a responsible, caring and compassionate community leader. As President of the Hindu Temple of Atlanta, the Telugu Association of Metro Atlanta and the Indian American Cultural Association, he has demonstrated his love and dedication for our community. Besides, he understands Georgia government and politics.

As an active member of the Republican Party for 3 decades, he has been a nationally well-known Indian American Republican leader. He was a member of the Electoral College from Georgia, which elects the President of the United States. In addition, he was chosen as a Delegate to the 2004 and 2008 Republican National Conventions from Georgia. Both of these are rare distinctions and he is the only person from Georgia to have both honors.

Moreover, he has served Georgia’s public by being an active, contributing member of the Georgia Regional Transportation Authority (GRTA) and the Atlanta Regional Commission. Appointed by successive Governors of the state, he has continuously served in GRTA for the past 18 years. When it comes to issues, he can be an effective spokesperson for our community.

He has stated clearly that if elected, he will pursue policies that will improve the quality of our lives in Johns Creek. His ideas can improve public safety, the quality of our children’s education, infrastructure and make Johns Creek an attractive destination for entrepreneurs. His successful business career is another feather in the cap.

As a banker, real estate broker and investor, he has a proven track record of success in highly competitive fields. His business acumen will be of great value to Johns Creek residents because success requires discipline, planning, vision, dedication and character. He has all of that and more.

Mr. Reddy (Narenderji as I call him) is a silent, unassuming, humble member of our community with leadership qualities and innovative ideas. If he loses the upcoming runoff with opponent Betsy Kramer, it would not be because he didn’t try. It will be because we failed to act.

Here is what makes him different than most of us. He not only has the educational qualifications, commitment to our community, political experience and the credentials to run for political office, he has demonstrated his physical and mental endurance. Knocking on more than 4,000 homes in Johns Creek is no child’s play. It says a lot about candidate Reddy. He is more than ready for the challenges ahead.

The runoff election is slated for June 21st. Early voting has already begun. Booths are open from Monday through Friday from 9 am to 6 pm. Look for the nearest voting booth and spare less than 15 minutes to vote. There will be no lines and no waiting.

This is our chance to shine as a community in Georgia politics for the first time in the state’s history and Narenderji’s fate is literally in the hands of every Indian American voter like you and me. I sincerely hope, you will do your duty and elect one of our own – Narender Reddy.

*Gokul Kunnath is the Chairman of the Federation of Indian-American Associations of Georgia, President of the United States Hindu Alliance and a long time resident of Atlanta. Views expressed in this piece are personal and does not represent those of any organization.

Lawrence masterminded Moosewala’s killing, but wasn’t he in jail?