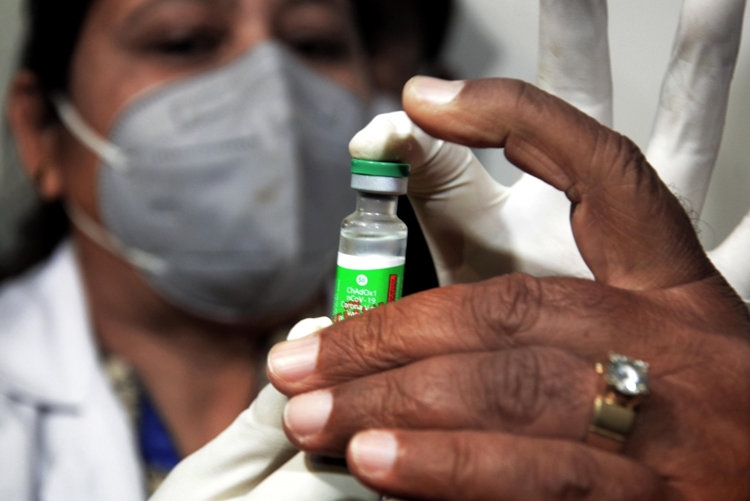 India’s much-hyped ‘vaccine diplomacy’ has fallen apart after the country failed to send the second dose of the Covid-19 vaccine to many of the beneficiary countries which had received the first dose.

The Ministry of External Affairs which initiated the program ‘vaccine maitri’ to showcase India’s humanitarian approach even as it is an aspirational power, has lost face since the virulent second wave of the coronavirus pandemic hit the country.

The government had to suspend the program as it grappled with shortage of vaccines at home amidst rising Covid-19 cases and related fatalities. As a result, India has been forced to seek foreign medical aid from the US, EU, UAE, Singapore and even the Chinese Red Cross.

Domestically, the opposition parties criticized External Affairs Minister S. Jaishankar for giving away the vaccine to foreign countries when it was severely required at home.

The CPM leader Sitaram Yechury, whose young son Ashish died due to Covid-19 complications, attributed the rise in Covid-19 related deaths and shortage of the vaccines. “In a country where we had successful mass vaccination drives, ‘vaccine diplomacy’ and refusal to place timely purchase orders landed us in this gigantic human tragedy,” he tweeted.

Congress Rajya Sabha chief whip Jairam Ramesh, while questioning the government’s vaccine diplomacy, put up a poster on the issue outside his residence. Even within the ruling party BJP, parliamentarian Subramanian Swamy in a scathing attack tweeted, “We patriotic Indians are sad that our country regarded as World’s largest manufacture of vaccines, and claimant for being Atmanirbhar Bharat nation, has fallen due to hubris, to sending External Affairs Minister on mission to the US and EU to plead for vaccines!!”

In its immediate neighbourhood in South Asia where India is seen as the top most leader, it had to cede space to the Asian giant China which saw an opportunity to do vaccine politics and assert its hegemonic influence. The CCP regime on Tuesday convened a virtual meeting of foreign ministers from five South Asian countries assuring them that it will help them with Covid-19 vaccines.

There are also reports that China is targeting over 20 countries with vaccine diplomacy to get their support for its position on Taiwan. A US Congressional advisory panel on Thursday was told that China’s distribution of its own vaccine in Latin America has helped it earn strong influence in the region.

The Bhutanese king has already conveyed that though India is a reliable friend but it won’t pressure India over the vaccine and would instead approach other countries for the second dose of AstraZeneca.

According to media reports, Bangladesh foreign minister Abdul Momen has called Jaishankar and reminded him that Dhaka did not get Covishield vaccines from Serum Institute of India despite placing orders. “Similar problems are reported from Nepal, Sri Lanka and African countries promised vaccine from SII,” as per a media report.