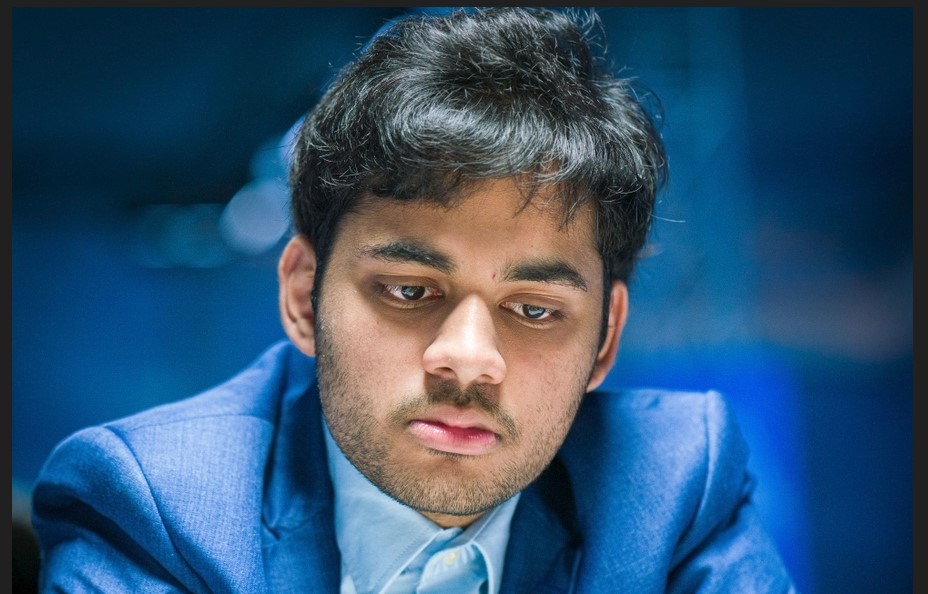 At 15, Christopher Yoo is the youngest player in the event and the youngest player to make it to a Meltwater Champions Chess Tour’s knockout stage. Yet he was up against another talented teen, Arjun Erigaisi, who impressed in the preliminary rounds and has looked a force throughout.

Erigaisi took the opener but Yoo hit back in a long second game. A keen match saw Erigaisi take the lead again before Yoo levelled the score in a tense final game to force tiebreaks. Erigaisi won the first blitz play-off to edge ahead and then finally broke his opponent in the second, denying Yoo the win he needed to go through to the semis.

Erigaisi now faces Germany’s 17-year-old talented Vincent Keymer in an all-teenage clash. Keymer knocked out another youngster who has already made waves this season, India’s Rameshbabu Praggnanandhaa, in another quarterfinal.

Norwegian Magnus Carlsen put this week’s controversy off the board firmly behind him as he also sailed into the semifinal. The world champion dispatched Levon Aronian 3-1 in the quarterfinal to extend his fine run of form as speculation continues about why he resigned his game on Monday against the American Hans Niemann.

Carlsen will meet Vietnam’s Liem Quang Le in the other semifinal. Niemann, meanwhile, was knocked out by Liem Quang Le meaning a re-run of his match with Carlsen now can’t happen in this Meltwater Champions Chess Tour event.

Carlsen, who made his first comments on the cheating scandal on Wednesday, said he has received support in his post-match interview, according to Meltwater Champions Chess Tour. “Some people have been saying… maybe more supportive things privately than they have publicly, which I very much understand and I certainly appreciate,” he said.

Carlsen, however, didn’t have it easy. In the opener, Aronian turned on the style to inflict Carlsen’s first real loss — his resignation against Niemann aside — of the tournament. The champion, who dominated the preliminary stage, found his position collapsing before 52.Kf2? consigned him to defeat.

Aronian was ahead but let his advantage slip almost immediately in the next game. One bad decision, early in the opening, cost Aronian dearly. The Armenian-American played 12.Bd3 allowing Carlsen to castle queenside and pin the bishop. It was a fatal mistake and the game ended on move 48 with a rare checkmate on the board.

“This is the most shocking development I have ever seen in a top-level match!” Grandmaster Peter Leko said. “You win a great game with Black and then you lose in 10 moves with White… wow, shocking!”

Carlsen came straight at Aronian again in the third before finding the winning 21.g4! Carlsen closed the game to take a 2-1 lead. Aronian now needed to win the final game to take it to tiebreaks, but it wasn’t to be. Heading for a draw, Aronian blundered in the endgame and Carlsen took the win. Carlsen was into the semis.

“It was kind of a weird match,” Carlsen said. “First game, I think, was pretty reasonable for both sides but he played a lot faster than I did and then I just made a big mistake and he exploited it very nicely for a while and then I felt like I was getting some small chances but I couldn’t find them.

“I did have a study-like way to draw but even then we would have had a famous queen ending where he would still have had chances. So it’s obviously a poor start but still knew with three games to go that I only needed a plus one to take it to tiebreaks so I wasn’t panicking yet.

“Obviously I got a massive gift in the second game and I felt like after that I was pretty much in control.”

Samantha is prepping up for ‘Citadel’ in the US