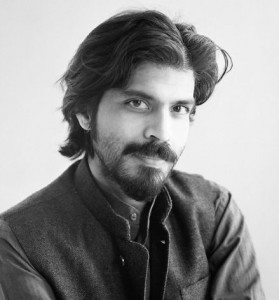 Washington, March 9 (IANS) Indian writer Pankaj Mishra is one of the eight writers from seven countries winning a $150,000 Yale University prize each in recognition of their achievements and to support their ongoing work.

“He charts the journey from the Indian small town to the metropolis and rebuffs imperialist cliches with equal verve.”

“Such delightful news!” said Mishra. “As a freelancer obliged to make a living from writing, you are always scrounging for bits of time in which to write the next book, and this wonderfully generous prize will help me secure a long undistracted period.”

Mishra’s work “expands our understanding of the encounter between Western and Non-western culture”, the announcement said.

“His prose is distinguished by a mellifluous yet precise phrasing whose generous intelligence speaks to the general reader and specialist alike.”

In addition to a novel, “The Romantics”, Mishra has published four works of non-fiction: “Butter Chicken in Ludhiana: Travels in Small Town India”; “An End to Suffering: the Buddha in the World”; “Temptations of the West: How to Be Modern in India, Pakistan, Tibet, and Beyond”; and “From the Ruins of Empire: The Intellectuals Who Remade Asia”.

“From the Ruins of Empire”, his most recent book, attempts a re-visioning of the geo-politics of the late nineteenth and twentieth centuries from multiple Asian perspectives.

All eight writers will accept the prize in person at a ceremony at Yale Sep 15. The ceremony will be followed by a three-day literary festival celebrating the work of the prize recipients.