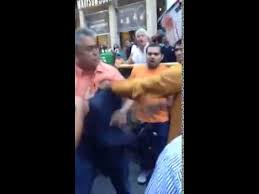 Indian journalist Rajdeep Sardesai was allegedly “heckled, abused and pushed around” by a group of supporters claiming allegiance to the organisers of the event Sep 28.

“What is of concern is that the organisers, the Indian American Community Foundation did not denounce the heckling and the manhandling of the senior journalist,” IWPC said in a statement.

“…an individual apology was offered by a representative from India which is not the same as an organisation taking responsibility for the incident,” it added.

Terming the incident as “unfortunate”, it said that “the incident raises serious questions about the vulnerability of journalists who go to cover events where supporters of political parties are allowed to run amok and violent action justified as sentimental and emotional responses.”

It said that the Indian consulate in New York should take serious cognizance of the matter and the Indian government too should ensure that the right to report by the media, whether big or small, should be protected at all times.

Narendra Modi in US: Sartorially appropriate