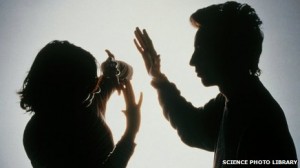 New York, March 26 (IANS) In a shocking revelation, a study has found that women in India who have more education than their husbands, earn more or who are the sole earners experience frequent and severe intimate partner violence (IPV) than women who are not employed or less educated than their spouse.

Abigail Weitzman, a graduate student at New York University, looked at data from the female-only module of India’s National Family Health Survey (NFHS) collected between 2005 and 2006.

This module contained data from a nationally representative sample of women aged 15-49 and included nine variables pertaining to IPV.

It also asked a number of questions about women’s current employment, relative earnings, and access to other money.

She found a similar pattern for women who were better employed than their spouse.

“Our study supports the theory known as gender deviance neutralisation. It suggests that a woman’s superior resources would be viewed as gender deviant and a man would use violence to gain power or maintain control in the relationship,” Weitzman commented.

The research suggests that there can be a backlash, including violence, toward women who attain greater education or earnings than their husbands.

“Our response should not be to stop educating and employing women, but nor should we plow ahead without recognizing this may put them at greater risk, and making changes to help protect them,” she noted.

Weitzman recommends that policies aimed at addressing IPV should focus on alternatives to divorce such as shelters and support groups.

Microfinance and vocational programs for women should consider making legal and psychological counseling available to participants, said the paper published in the latest issue of Population and Development Review, a journal published by the Population Council.