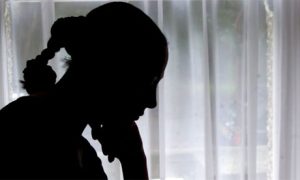 Washington, Aug 14 (IANS) An Indian woman, who suffered a four-month violent and degrading ordeal after an abusive arranged marriage to an Indian-American, will at last get some relief this week.

Her allegedly abusive husband, Lakhvir Singh, 28, is due to be sentenced in Marion Superior Court in Indianapolis Friday after a jury last week found him guilty of criminal deviate conduct, domestic battery, rape, sexual battery and strangulation.

Singh faces six to 20 years in prison for the most serious charges though he was found not guilty of another charge: promotion of human trafficking, according to The Indianapolis Star.

He also was acquitted on separate counts of rape, deviate sexual conduct and sexual battery.

“I want the maximum punishment and justice to be served,” the woman said in a statement to the newspaper which did not identify her. “I don’t want this to happen to any other girl. My voice can finally be heard.”

The woman, who was married off when she came to Indiana to visit her family, was allegedly raped by her husband and forced to do nearly round-the-clock household labour, the newspaper said citing police.

She was routinely referred to as “bitch” by her husband, uncle and aunt. She was slapped and choked. Her life was threatened. She barely ate and had to sleep on the floor without covers.

Singh’s lawyer, Jack Crawford, however, claimed the woman made up the allegations to get out of a marriage she didn’t like and to secure a visa for victims of human trafficking.

“She was in a marriage where she did some things she didn’t want to do and tried to get out of it,” Crawford was quoted as saying. “The blame here lies with the parents for forcing them both into a marriage they did not want.”