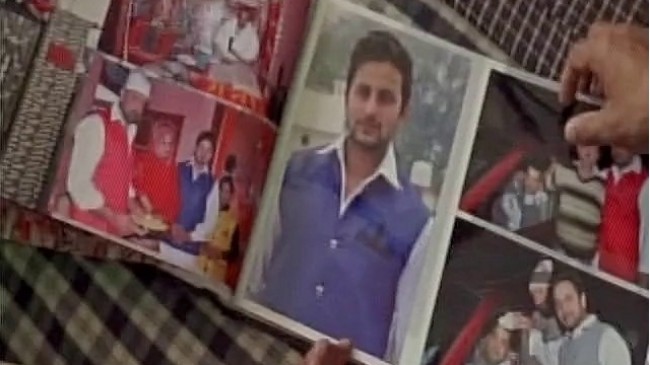 Washington, April 8 (IANS) A young Indian man who arrived in the US only 25 days ago was shot dead by two masked men at the convenience store of a gas station here, authorities said.

India was coordinating with the investigating agencies in the US over the Thursday killing of Vikram Jaryal, 26, in Yakima city, External Affairs Minister Sushma Swaraj tweeted on Saturday.

“I have received a report on the incident resulting in the tragic death of Jaryal in Washington State,” Sushma Swaraj said.

According to her, the killers entered the AM-PM store at 1.30 a.m. They snatched cash from the victim and shot him on his chest, killing him.

Jaryal was from Hoshiarpur district in Punjab and worked as a clerk in the convenience store.

He was behind the counter when the two people in masks came in and robbed the store, according to NBC Right Now channel.

Police said Jaryal cooperated and handed over the money but one of the attackers still shot him in the chest before fleeing the site.

Police told the channel that the victim was able to tell officers what happened when they arrived a few minutes later, “but tragically, he died a short time later at the hospital”.

Jaryal was rushed to the hospital but he succumbed to his injuries.

The police procured the CCTV footage to investigate the incident and were looking for the two persons in masks.

“Somebody knows something. Somebody knows these people. The still photos show a very recognisable top that one of the suspects is wearing,” said Mike Bastinelli of Yakima Police.

“The shooter wore a black hoodie with patches of white on the back,” he said.

According to Sushma Swaraj, Jaryal had reached the US only 25 days back.

She said Indian officials were coordinating with investigative agencies who “have got the CCTV footage and are in the process of apprehending the culprits.

“Our consulate in San Francisco is helping the family and following this up with the police authorities,” she added.