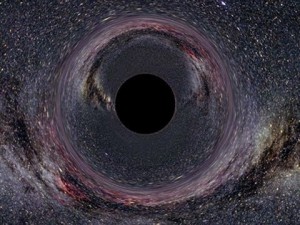 Washington, Aug 18 (IANS) A team of astronomers led by an Indian-origin astrophysicist has succeeded in accurately measuring – and thus confirming the existence of – a black hole about 400 times the mass of our sun in a galaxy 12 million light years from Earth.

The universe has so many black holes that it’s impossible to count all of them.

There may be 100 million of these intriguing astral objects in our galaxy alone.

Nearly all black holes fall into one of two classes: big, and colossal.

But scattered across the universe like oases in a desert are a few apparent black holes of a more mysterious type.

Ranging from a hundred times to a few hundred thousand times the sun’s mass, these intermediate-mass black holes are so hard to measure that even their existence is sometimes disputed.

Little is known about how they form. And some astronomers question whether they behave like other black holes.

The finding by University of Maryland astronomy graduate student Dheeraj Pasham and two colleagues reveals that the black hole in question is a just-right-sized version of this class of astral objects.

During the study, Pasham focused on one object in Messier 82, a galaxy in the constellation Ursa Major.

Messier 82 is our closest “starburst galaxy” where young stars are forming.

Among the material circling the suspected black hole, he spotted two repeating flares of light.

Pasham used the oscillations to estimate that M82 X-1 is 428 times the mass of the sun, give or take 105 solar masses.

He, however, does not propose an explanation for how this class of black holes formed. “We needed to confirm their existence observationally first. Now the theorists can get to work.”

A black hole is a region in space containing a mass so dense that not even light can escape its gravity.

Black holes are invisible, but astronomers can find them by tracking their gravitational pull on other objects.

The study was published online in the journal Nature.