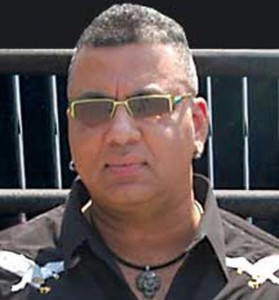 New York, Jan 18 (IANS) A 50-year-old Indian-origin doctor in the US has been charged with drug trafficking and money-laundering, according to federal authorities.

Sanjay Kumar was charged with conspiracy to unlawful distribution of opioids such as oxycodone and alprazolam, which can be misused as addictive drugs, the federal prosecutor’s office for Eastern North Carolina announced on Tuesday.

According to prosecutors, Kumar conspired to illegally dispense Oxycodone, Oxymorphone, Hydromorphone and Alprazolam.

The charges were filed against him after a grand jury, a panel of citizens that makes the initial determination to prosecute, indicted him.

That is the first stage in the US justice system and he will next be tried in court.

If convicted, the maximum penalties for each charged drug count are imprisonment for 25 years and a $1 million fine.

Kumar is from Bern in North Carolina. A local newspaper Sun Journal said he was a specialist in physiatry and headed a sports medicine practice.

He was arrested in June at a traffic stop and according to authorities “trafficking levels” of drugs were found when his house was searched with a warrant.

According to the newspaper, when Kumar was produced before a judge at that time he said: “I am going to fight all these charges, humbly and boldly.”

He has also faced charges of stalking his neighbors, Sun Journal said.