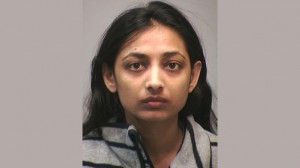 Washington, Jan 28 (IANS) An Indian-origin babysitter in the US state of Connecticut was charged with manslaughter and risk of injury to a 19-month-old child she was caring for.

Kinjal Patel, 27, allegedly told police that she got angry with the baby and forced him to the floor at her home in New Haven city, injuring his skull Jan 16.

Yale-New Haven Hospital’s Pediatric Emergency Department informed the police department of a risk of injury complaint on Jan. 16. The staff reported that 19-month-old Athiyan Sivakumar’s skull had been severely fractured.

The baby died Sunday at a hospital of head injuries, the NBC News reported Monday.

Patel told police that she called the baby’s father to tell him that the child was injured and he took him to the hospital.