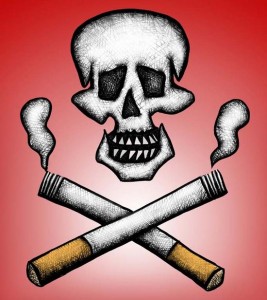 New York, Jan 8 (IANS) While the US is upbeat at reducing number of tobacco users, there has been an alarming growth in the number of daily smokers globally, including in India.

More people are smoking in India now, 110 million, compared to just 74.5 million smokers over three decades back, claimed a study published in the Journal of American Medical Association (JAMA).

“The number of smokers has gone up significantly in Asian countries including India, Bangladesh, China and Indonesia since 2006,” said Marie Ng, assistant professor at the Institute for Health Metrics and Evaluation (IHME) at University of Washington.

“Although many countries have implemented control policies, intensified tobacco control efforts are particularly needed in countries where the number of smokers is increasing,” she added.

According to the study, the number of daily smokers has increased from 721 million in 1980 to 967 million in 2012 – contributing to a 26 percent hike in number of cigarettes consumed worldwide.

While the number of male daily smokers globally has gone up by a whopping 41 percent during the 32-year period, the corresponding growth for female smokers is 7 percent, it claimed.

The researchers attribute the rise in number of smokers primarily due to growth in population older than 15 years of age.

“Policies and strategies to improve global health must include comprehensive efforts to control tobacco use, as envisaged under the Framework Convention on Tobacco Control,” they envisaged.