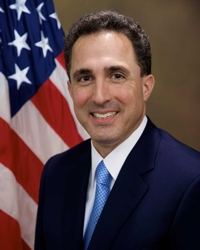 Washington, April 4 (IANS) An Indian man has pleaded guilty to entering the US illegally in January, a media report said.

Manish Patel, 43, was pronounced guilty by the court of US Attorney Richard S. Hartunian on Monday, The American Bazaar said.

“As part of his guilty plea, Patel admitted to presenting a forged Indian passport to Border Patrol agents (on) January 20. Patel used the forged passport, which was in another person’s name but bore Patel’s photograph, to fly from India to Toronto, by way of London, prior to illegally entering the US,” a Justice Department statement said.

Patel did not present himself for inspection when he entered the country.

Upon investigation, US Border Patrol agents found that Patel was wanted for multiple felony charges including attempted homicide of an unborn child.

The court may also fine him with $250,000. He will be sentenced on August 16, reported The American Bazaar.

Trump may get involved in India-Pakistan peace process: Haley