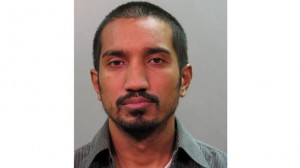 New York, Oct 3 (IANS) An Indian man, extradited to the US following an international manhunt for allegedly raping a 14-year old American girl, has been charged with rape, sexual abuse, and endangering the welfare of a child.

Long Island, New York, resident Amit Singh, arrested in India for the 2009 rape of a girl who was walking past his house in Elmont on her way to school, was arraigned Monday in Mineola, in Nassau County, according to local WABC.

If convicted, he faces 25 years in prison.

“Singh subjected this innocent young girl to unspeakable horrors, both physical and emotional, before running to the other side of the world to avoid the consequences,” Nassau County District Attorney Kathleen Rice was quoted as saying.

The US Department of Justice notified Nassau authorities in July 2011 that Singh had been arrested while trying to board a plane to Thailand.

He had been imprisoned in New Delhi and fighting extradition since then. Indian authorities had agreed to extradite him earlier this month.

Members of the US Marshal’s Service travelled to India last week and brought Singh back to New York Friday, where he was arrested by detectives from the Nassau County Police Department’s Special Victims Unit.

Rice said that in March 2009, Singh approached the 14-year-old as she walked to class at Sewanhaka High School. Singh allegedly tried to coax the girl into his Rosalind Avenue home, and then grabbed her by the right hand when she refused.

WABC citing prosecutors said he forced her inside the home and into a bedroom where he raped her, and then drove her to school after the attack. The victim told a teacher about the alleged incident later that day.

Singh boarded a plane five days after the attack, one day before the victim positively identified him in a photo array presented by police.

According to Rice, DNA evidence from the attack came back as a match to Singh in April 2009. Singh’s DNA profile was in the system from a prior felony drug conviction, WABC said.