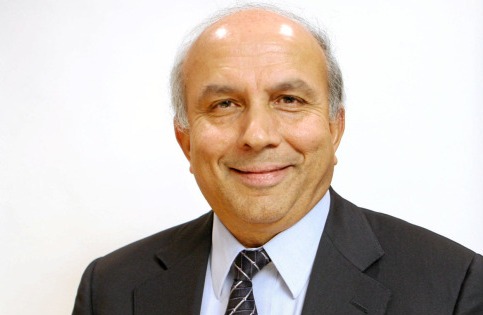 Washington, Sep 25 (IANS) Hyderabad-born IITian Prem Watsa, who has come to the rescue of floundering mobile company BlackBerry, has been variously described as “Canada’s Warren Buffett”, and “billionaire king of lost causes”.

Watsa, 61, chairman and chief executive of Toronto-based Fairfax Financial, which has made the $4.7-billion deal to buy BlackBerry, “has acquired a sort of legendary status”, according The Verge, a reputed technology site.

“It began with the rags-to-riches tale of a young student who turned his back on chemical engineering school, eventually becoming one of Canada’s wealthiest investors,” it said hailing him as “billionaire king of lost causes”.

“But while Watsa has a history of investing when things look bleak, he has never before done a deal of this size, nor executed a trade in which his company will likely be forced to take such a large operational role,” the Verge said.

Noting that BlackBerry lost nearly $1 billion in just the last quarter, it said: “To stem the bleeding, Watsa will have to take drastic measures, potentially selling off large parts of the company and shuttering its consumer phone business entirely.”

Watsa’s “investment acumen in Canada is nearly unrivalled”, said Canada’s Global News noting that “he’s earned the title ‘Canada’s Warren Buffet’ by making profits from bets on companies and market trends that looked ill-advised at the time, but later turned out to be shrewd decisions”.

Hyderabad-born Watsa completed his bachelor’s degree in chemical engineering from the Indian Institute of Technology in 1971.

He joined BlackBerry’s board in early 2012 when Fairfax moved to become the Waterloo firm’s biggest shareholder, joining the board to help implement a turnaround plan. He resigned in mid-August as Fairfax was circling in with a bid to take BlackBerry private.

He moved to vice-president of GW Asset Management and co-founded Hamblin Watsa Investment Counsel Ltd. in 1984, which is now fully owned by Fairfax.

Fairfax was born in 1987 after Watsa took over Markel Financial Holdings Ltd. and renamed it.