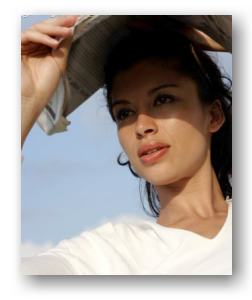 Washington, Feb 2 (IANS) Indian Americans, who have the highest income among America’s multicultural groups, save much of their higher household income for their children’s college education, according to a new study.

This heavy emphasis on higher education, however, leads to times when Indian Americans prioritize saving for their children over saving for themselves, according to the third biennial 2013 State of the American Family Study.

The study from Massachusetts Mutual Life Insurance Company (MassMutual),offering a broad snapshot of Americans’ financial viewsindicated that Indian-Americans are savers.

One third of them indicating that they have six months or more of their monthly living expenses set aside as savings. The top two financial priorities of Indian-American for their savings are for their children’s college education and keeping the family financially shielded.

As a result, one quarter of Indian-Americans struggle between saving to pay for their children’s college education and saving for their own retirement, the study notes.

“Being an Asian Indian myself, I know and understand the importance that the community places on putting family first,” said Nimesh Trivedi, director of multicultural market support, US Insurance Group at MassMutual.

“With the current cost of a college education, it can be challenging for parents to provide for several children’s education and still be left with a surplus for their own future.”

Indian Americans’ savings rate is not coincidental; as a group they are hands-on, when it comes to their finances.

An overwhelming 70 percent of Indian-American respondents want to be actively involved in all decisions regarding their finances, while just over half indicated that they tend to do their own research and make their own decisions about insurance and investments.

Indian-Americans are more likely to own mutual funds, individual securities and college savings plans than any other group, according to the study

Despite such solid financial planning, only about a third are satisfied with their current financial situation and one third are worried about being able to meet their long-term financial goal.

. Sixty-seven percent of Asian Indians think about what is best for the family when making financial decisions.

. Three quarters of Asian Indians believe that it is important to educate their children about finances to ensure a strong economy in the future.

. Seventy percent feel it is important not to burden their own children with the cost of caring for them when they get older.