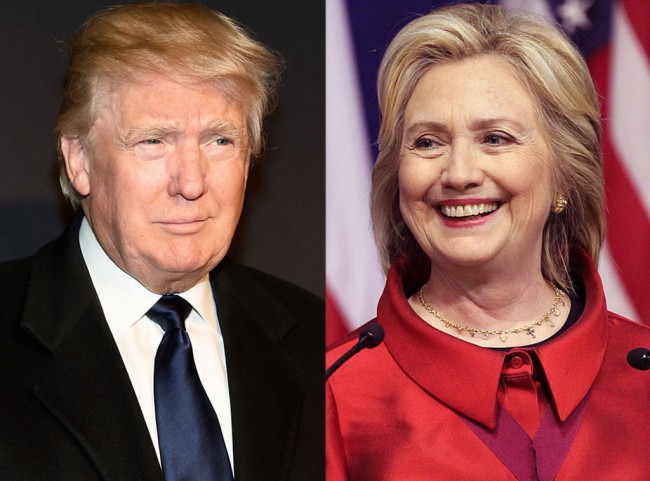 New York, Nov 7 (IANS) Indian Americans Democrats and Republicans intensified their campaigns in the community for their presidential candidates on the eve of Tuesday’s monumental elections.

Democrats took a broader approach reaching out to all South Asians over the weekend, while Republicans focused on Hindus.

Indian Americans are traditionally Democratic Party supporters. According to a series of opinion polls by the National Asian American Survey, support for Democrat Hillary Clinton has held steady at 71 percent among registered Indian American voters, while Republican Donald Trump’s support slipped from 11 percent in May to 7 percent last month.

Republicans have been trying to break into the Democratic Party base, with a campaign targeting Hindus. Last month Trump addressed a charity event organised by Republican Hindu Coalition (RHC) that drew about 8,000 people in New Jersey. He vowed at the event to be a friend of Hindus and Indians.

Clinton has not made a similar direct appeal to Indian Americans given the wide margin of their historic support. Her Indian American and South Asian supporters have instead concentrated on mobilising fellow Democrats to go out and vote, especially those living states key to her victory. These 11 states are called Battleground States and neither party has a decisive lead in them and could swing the election.

Both sides waged a battle on community televisions and on the digital media. Democrats ran a phone bank with volunteers calling up South Asians in the key states, urging them to vote for Clinton. The RHC blanketed voters thought to be Hindus with printed campaign material.

Amit Jani of South Asians for Hillary (SAHILL) told IANS that about 200 volunteers were out over the weeknd knocking on doors of South Asians and making phone calls to them to vote for Clinton, concentrating on the battleground states.

The group prepared a list of South Asians by going through the master voters’ rolls to help them campaign, he said.

Volunteers also traveled to some of the battleground states to campaign, he added.

SAHILL, he said, is betting on a Clinton victory and has organised an Election Watch Party at a New York City Bar in anticipation of her victory.

RHC sent out printed campaign material accusing Clinton of being “Best friend of Pakistan, China and Radical Islamic Terrorists” and of advocating an immigration policy that will make Indians “wait 50 years” for Green Cards.

Focusing on Indian businesspeople and doctors, the RHC said that Clinton was “pro-labour” and will extend President Barack Obama’s health care programme to force all medical professionals to work for the government.

It said that Trump was a friend of Hindus and was inspired by Prime Minister Narendra Modi and would increase trade with India at the expense of China and enable Indians to get more Green Cards.

Some of these themes played out on the RHC TV advertisements, which also alleged that Clinton’s aide, Huma Abedin, whose mother is a Pakistani, would influence Clinton’s foreign policy.

The Democratic Party commercials, on the other hand, focused on the future generations of South Asians and Indian Americans, according to Varun Nikore, the vice chair of the Asian American Pacific Islander Victory Fund (AAPIVF), which backs Clinton.

“Our message in the TV ads is that you came here to give your family a better future. So, vote for Hillary who will ensure your children and future generations will have have a great future,” Nikore told IANS.

He said that AAPIVF made a special effort to reach out to the millennials, the first generation voters. Last month AAPIVF organised a rally for them in Raleigh in North Carolina, a battleground state. The event featured Liane V., a singer for the group Black Eyed Peas, who appeals to young people.