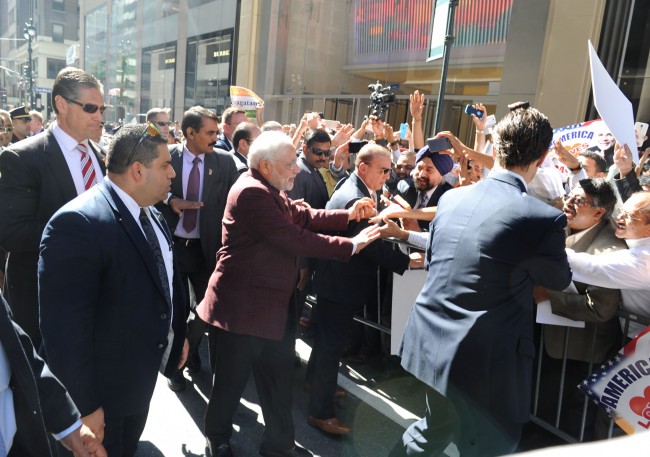 Washington, Sep 27 (IANS) Challenging US officials’ contention that Prime Minister Narendra Modi enjoyed immunity from lawsuits in US courts, a US-based group announced a $10,000 reward for successfully serving a US court’s summons on him.

A counsel of American Justice Centre, which had Thursday obtained a New York court’s summons against Modi for his alleged complicity in 2002 Gujarat riots as the state chief minister, Friday challenged Obama administration’s assertion regarding immunity.

“Per the precedence established in the case of former Prime Minister Manmohan Singh, the immunity extends only to acts committed during the individual’s tenure as head of state,” AJC counsel Gurpatwant Singh Pannun stated.

“Our case against Mr. Modi is related to his complicity in the Gujarat pogroms of 2002, when he was Chief Minister of the state,” he said.

AJC said it had announced a $10,000 reward for successful service of summons on Modi as his visit will only last 5 days and will include a packed schedule of meetings and speeches. Servers are expected to produce a video of the serving to be eligible for the award, it said.

AJC had obtained summons against Modi from the US Federal Court for the Southern District of New York giving him 21 days to answer charges against him.

But White House Friday said it did not anticipate the US court summons would “have any impact on his very important visit here to the US and to the White House” as Modi enjoyed immunity.

Echoing other senior administration officials, White House press secretary Josh Earnest reiterated that sitting heads of government enjoy immunity and personal inviolability while in the US and as such cannot be personally handed or delivered papers to begin the process of a lawsuit.

“So this means I don’t anticipate that it’s going to have any impact on his very important visit here to the US and to the White House,” he said.