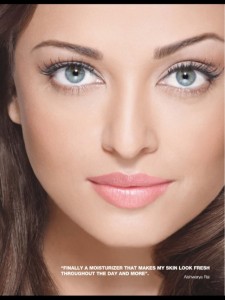 Washington, Nov 28 (IANS) A vast majority of Indian Americans have an aesthetic preference for lighter skinned people and consider those with darker skin to be less attractive, according to a study conducted by an Indian-American dermatologist.

About 190 individuals recruited from local cultural fairs and temples participated in the study.

One out of seven – or approximately 15 percent of participants – said they use or have used some sort of skin-whitening or bleaching product because they want to make themselves look more beautiful.

An equally alarming result from the study indicated a low awareness of the potential risk of skin cancer among South Asian Americans:

* Only 46 percent of the study population believes that individuals with darker skin tones are at risk for cancer;

* Only 26 percent reported regularly protecting themselves from sun exposure;

* Only 64 percent believe that sun exposure is associated with skin cancer.

Shah blames pop culture for most of the misunderstanding, especially for the biases Indian Americans have towards lighter skinned people.

“Many Bollywood actresses and Miss India winners have noticeably lighter complexions,” she notes.

“A quick look at Indian matrimonial sites also indicates a strong preference for a ‘fair’ bride.

“Our study brings to light what has long been suspected in the South Asian culture: Lighter skin tones are favoured.”

Most disturbing, Shah points out, is the commonly held – and incorrect – belief among South Asian Americans that they do not require the same skin protection against the sun in comparison to people of paler complexions and skin tones.

“People with darker skin tones have more melanin, which is a natural protector against ultraviolet radiation,” said Shah.

“However, that does not mean that skin of colour individuals are not at risk when out in the sun.”

Shah and Alexis have submitted the study to a peer-reviewed journal for publication.

If you give your 100 percent, results will follow: Deepika Padukone