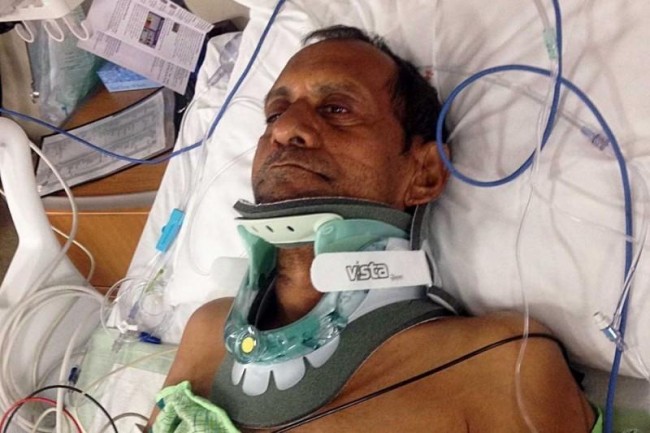 Sureshbhai Patel, a 57-year-old Indian national who was visiting his son in Madison, Alabama, U.S., was seriously injured after being detained by three police officers in a residential neighborhood. Patel had police called on him by a neighborhood resident for alleged suspicious behavior in the neighborhood, and did not know how to speak English.

New York, Dec 6 (IANS) Many Americans of Indian origin could be at the receiving end of unfair police treatment as a new survey has revealed that Indian Americans are much more likely than Chinese Americans to report discrimination at the hands of the law enforcement agencies in the US.

Indian Americans were significantly more likely (17 per cent) than Chinese Americans (two per cent) to say they or a family member had been unfairly stopped or treated by the police because they were Asian, the results of the survey showed.

The report released this week is part of a series titled “Discrimination in America” which is based on a survey conducted for National Public Radio, the Robert Wood Johnson Foundation, and Harvard T.H. Chan School of Public Health.

A quarter or more of Asian Americans in the survey said that they experienced anti-Asian discrimination in employment and when seeking housing.

Additionally, nearly one in five Asian Americans said they faced discrimination because they were Asian when applying to or while attending college (19 per cent) or when interacting with police (18 per cent)

“Our poll shows that Asian American families have the highest average income among the groups we’ve surveyed, and yet the poll still finds that Asian Americans experience persistent discrimination in housing, jobs, and at college,” said Robert Blendon, Professor at Harvard T.H. Chan School of Public Health who co-directed the survey.

“Over the course of our series, we are seeing again and again that income is not a shield from discrimination,” Blendon said.

The report showed that that 21 per cent of all Asian Americans said that they or a family member had been threatened or non-sexually harassed because they were Asian.

The survey was conducted between January 26 and April 9, 2017, among a nationally representative sample of 3,453 adults aged 18 or older.