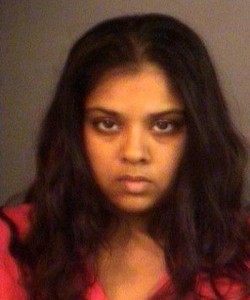 Atlanta, GA: Purvi Patel, a 32-year-old woman from Granger, Indiana has been charged with felony neglect of a dependent following an investigation of a deceased fetus allegedly found in a shopping center dumpster. A forensic pathologist claims the fetus took a breath before it died. Patel, who has pled not guilty, made her first court appearance on July 18.

According to the affidavit, on July 13, Purvi Patel arrived at the emergency room at St. Joseph Hospital in Mishawaka, Indiana, bleeding profusely. The emergency personnel believed that she had recently delivered a child. However, Patel denied doing so. She was transferred to the maternity floor for further diagnosis and treatment.

The obstetrician who examined her found that she was bleeding and an umbilical cord was protruding. It was confirmed that she had just delivered a child, after a second opinion was sought.

Concerned for the child’s welfare, doctors continued to question Patel of the whereabouts of the child. Eventually, Patel told the medical staff that she put the dead fetus in a bag and placed it in a dumpster behind the Super Target. She further told medical personnel that she was roughly two months pregnant and had a miscarriage.

However, it was the doctors’ opinion that Patel was much further along than two months. In their opinion, she had been 28 to 30 weeks pregnant.

Fearing for the child, one of the doctors drove to the Super Target and began searching the dumpsters. He also called the St. Joseph County police who joined in the search. After searching numerous dumpsters, officers located the fetus in a dumpster. It was determined that the fetus was roughly 30 weeks from conception.

A forensic pathologist from the County Metro Homicide Unit performed an autopsy of the body.The pathologist concluded that in his opion, the child had been born alive and had taken a breath.

Further investigation allegedly discovered that Patel had discussed her pregnancy with at least one friend through text messages. In another message, Patel admitted that she had obtained two drugs from Hong Kong in an attempt to abort her child, which she started taking on July 10.

Patel pled not guilty. She will return for a court hearing on July 31. Her passport has been removed and she will be under electronic surveillance.