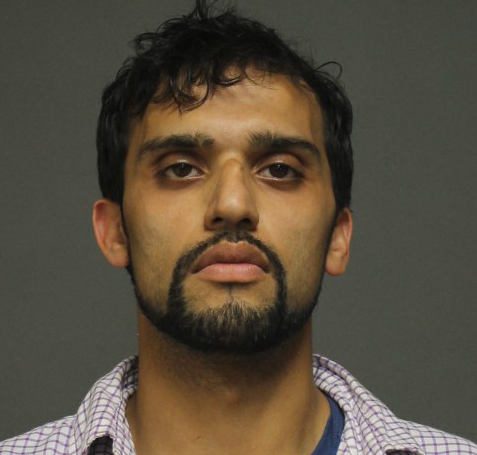 Atlanta, GA, May 20, 2019: A 29-year-old Indian-American man in Connecticut was charged after a bank robbery and a car chase with police on Friday.

Nirav Patel was charged with second-degree robbery, fourth-degree larceny, first-degree reckless endangerment, evading responsibility of an accident, engaging police in a pursuit, reckless driving and failure to obey a traffic signal, according to a statement released by the Fairfield Police Department.

On May 17th afternoon, the Fairfield Police Department’s Emergency Communications Center received a report of a motor vehicle crash in front of Super Stop & Shop at 1160 Kings Hwy Cutoff, Fairfield.

A little later, the Emergency Communications Center received a report of a hold up alarm at the Peoples Bank located inside the Super Stop & Shop. Communications personnel made contact with People’s Bank who stated they had just been robbed by an Indian male wearing a black jacket who had passed a written note demanding cash.

The suspect received an undisclosed amount of cash and fled the store in a silver sedan.

Fairfield Police Officers who arrived at the scene received information from witnesses that the sedan had fled out of the lot at a high speed, causing a crash at the exit to Stop & Shop on Kings Highway Cutoff.

The vehicle was then seen traveling east bound on Kings Highway Cutoff. Another witness then reported that a vehicle with heavy front-end damage had just entered I-95 southbound at Meadowbrook Road.

The Connecticut State Police, utilizing traffic cameras, observed a vehicle on the shoulder of I-95 Southbound near exit 17 in Westport. The vehicle matched the description given by witnesses and appeared to have heavy front-end damage.

The vehicle was stopped on the shoulder and the driver, Patel, appeared to be examining the damage to his vehicle. As responding Fairfield Officers approached the area, the suspect returned to his vehicle and engaged officers in a short pursuit. The vehicle exited the highway and crashed nearby in Westport.

The suspect then fled on foot and officers engaged him in a short foot pursuit. The suspect was located near the I-95 southbound entrance ramp, after having crossed all lane of travel on I95, and was taken into custody with the assistance of the Westport Police Department.