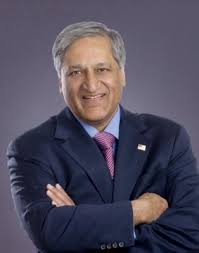 Washington, April 16 (IANS) Anil Kumar, an Indian-American surgeon and small business owner in Michigan has filed papers as a Democratic candidate in the race for the US House of Representatives from the state’s 11th Congressional district.

Kumar, who has practised medicine in Metropolitan Detroit for the past 30 years, has raised over $600,000 to date, according to a media release from his campaign.

“I’m running for Congress because we need leaders with fresh ideas to get our state, and our economy, back on track,” said Kumar.

“People are frustrated because Washington isn’t working. Now more than ever, we need to create good-paying jobs, make education affordable, protect Social Security and Medicare, and assure healthcare is accessible to everyone.”

“I am proud to be a supporter of women’s rights, and a protector of Social Security and Medicare.”

“I understand that Social Security and Medicare are promises to our seniors that must be kept and since I serve Medicare patients, I know they depend on it.”

Growing up in a hard-working middle class family taught Kumar the values he will bring to Washington, the release said.

Meanwhile, the lone Indian-American House member Ami Bera Tuesday announced that his campaign raised over $485,000 in the first quarter of 2014. The campaign has nearly $1.5 million cash on hand.

The vast majority of Bera’s support is local, with 85 percent of individual donations this quarter coming from California.

Additionally, more than 73 percent of those contributions were $100 or less, his campaign said.

“I am so grateful for the incredible continued help from our grassroots supporters who make this campaign possible,” said Bera, who represents California’s Sacramento County in Congress

“It’s just further confirmation that Sacramento County families want a problem solver who keeps his promises and puts them ahead of politics representing them in Congress,” he said.