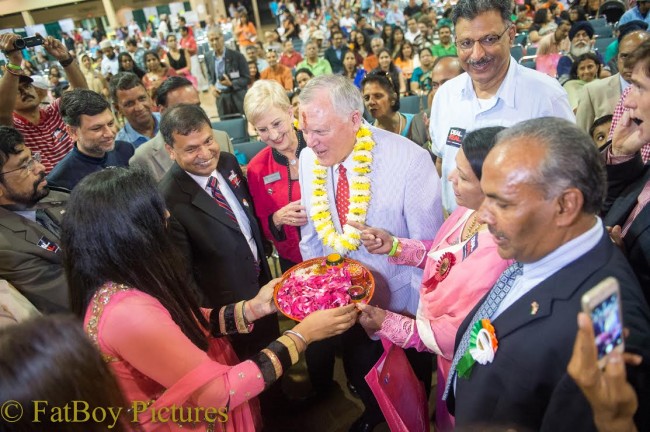 Atlanta, GA: Many Indian-Americans in Georgia were elated at the re-election of Nathan Deal as Governor of Georgia. Deal defeated Jason Carter, a grandson of former President Jimmy Carter in the November elections with 52.89% against Carter’s 45.21% votes.

“Georgia and India enjoy a long standing partnership and meeting you is an opportunity to highlight our good will with you and your country. The Indian population is making its mark in theUSAand across world and indeed here inGeorgia, he had added. 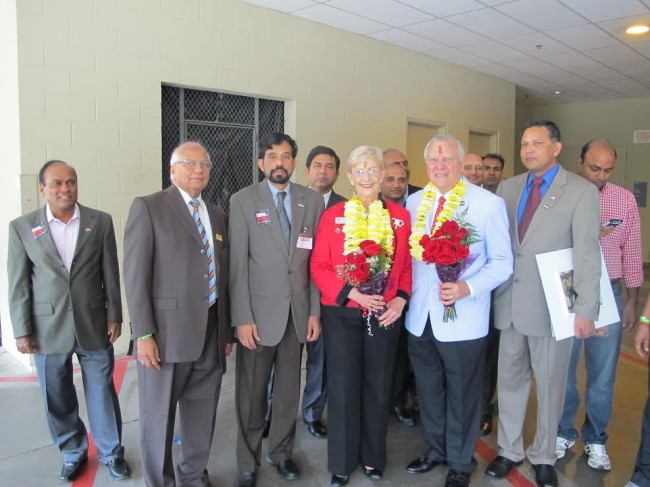 At the Festival of India in August of this year, he had said: “The Indian community is a vibrant one. You have contributed in a diverse variety of professions and created opportunities galore for young and aspiring people. You elected me Governor in 2010, at a time of great depression. Our State lost hundreds of jobs. Our economy faced an adverse impact from the downturn. But zealously working with people in your community and people across the State, we turned the State around. My goal was to make Georgia a number one State. People thought it was nothing short of a nice dream. In October, last year, Site Selection magazine recognized Georgia as the most conducive State to do business in. You are in the forefront in science, technology, medicine etc. We together are working to make Georgia, a State promising for our children and posterity in general. Almost a whopping 300,000 jobs have been created in the last four years in different areas.”

Some of the community leaders appointed by Gov. Deal on Georgia Boards include  C.B. Yadav (Beverages Board); Narender Reddy (Regional Transport Authority); Dr. B.K. Mohan (Medical Licensing Board); Sachin Shailendra (Board of Regents) and Paul Shailendra (Board of Natural Resources). More Indian-Americans have been appointed to the boards by Gov. Deal than by any other Georgia Governor. “Governor Deal is the most dynamic, business-friendly, job-creating Governor of Georgia,” said an Indian-American supporter.

In a demonstration of support and solidarity with Gov. Deal, members of the Indian-American community organized fund raising events during his election campaign.

Deal’s next term will be devoted to bettering Georgia, Deal told supporters gathered recently at the College Football Hall of Fame in downtown Atlanta between chants of “four more years.” “We’re going to continue to make Georgia the best place in the country for everything you can imagine,” Deal said. “Jobs, environment, family life, best place to live. We have it all going for us and we’re going to keep it moving in that direction.”

Before becoming governor, Deal was a member of the U.S. House of Representatives from 1993 until March 2010, when he resigned in order to campaign for governor. Deal also served in the Georgia State Senate from 1981-1993.

In a victory speech Deal thanked all those who voted, volunteered, donated and more. He said I couldn’t ask for better supporters. It’s been the honor of my lifetime to serve you as governor and I look forward to the next four years. I’ve worked hard to create job opportunities for all Georgians and will continue to do so in my next four years.