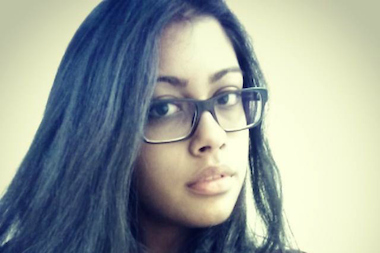 Washington, Aug 8 (IANS) A 19-year-old Indian American student is set to sue the Metropolitan Transportation Authority and New York City for the physical injuries and trauma she suffered while riding a subway train which jumped tracks.

Melanie Chandan, a student of Hunter College, said she injured her knees, arms, head and neck due to the accident which occurred May 2 when the Brooklyn-bound F train jumped the tracks in a tunnel near the 65th Station in Woodside and came to a sudden halt, The American Bazaar online reported Friday citing a media report.

There were around 1,000 straphangers on board. Six of the train’s eight cars were knocked off the tracks and 19 commuters were injured with four of them requiring treatment at a hospital.

Chandan, who suffered injuries on her knees, arms, head and neck, said that the crippling panic attacks she has suffered since the incident are far worse than any physical pain.

Chandan’s lawyer Rehan Nazrali filed a notice of claim against the MTA and the city July 16. The notice is the first step in filing a lawsuit against a government agency.

The college student also said that she and other passengers were stranded underground for three hours before rescue workers led them out of the train.

Nazrali said Chandan ended up withdrawing from two college classes because of her panic attacks and could not finish a test.

The notice of claim blames the city and MTA for defective brakes and rails and negligent operation of the cars, the New York Daily News reported.