Washington, May 7 (IANS) Two Indian-American chefs have won James Beard awards named after “the father of American cuisine” and considered the Oscars of the food and beverage industry.

There is no cash reward, but a win – or even a nomination – can substantially increase the buzz for business, according to James Beard Foundation president Susan Ungaro. 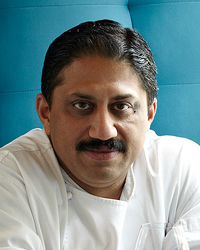 Vishwesh Bhatt, corporate chef at Snackbar in Oxford, Mississippi, recognized as one of the finest restaurants in the South, gets the honour as Best Chef: South. 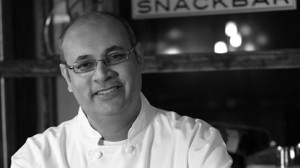 Sunderam’s win came nine years after Rasika opened in 2005. Sunderam, 47, spent eight years as executive chef at Bombay Brasserie in London before restaurateur Ashok Bajaj hired him to run the kitchen at Rasika.

“Of course I’m here only because of the great team that we have here at Rasika, and they work very hard…sometimes,” Sunderam said as he accepted the award at the awards gala in New York Monday night.

Sunderam also thanked his wife, Anjali, children, and Bajaj – “without whom I would not be here.”

Bhatt has been a part of Oxford’s City Grocery Restaurant Group for sixteen years. His win came after being named as a semi-finalist for Best Chef South two years running.

After graduating from Johnson & Wales, in North Miami Bhatt did brief cooking stints in Miami, Denver, Boulder and Jackson, before deciding to return to Oxford in 2001.

He began training under James Beard Award Winning Chef, John Currence, serving as the Group’s Catering chef, then Sous Chef before being promoted to Chef de Cuisine of City Grocery in 2007.

In April of 2009, John asked Bhatt to open and serve as Chef at Snackbar.

Here he has been able to showcase his unique cooking style which is influenced by his childhood in India, his training in French cooking, and his love of the South.