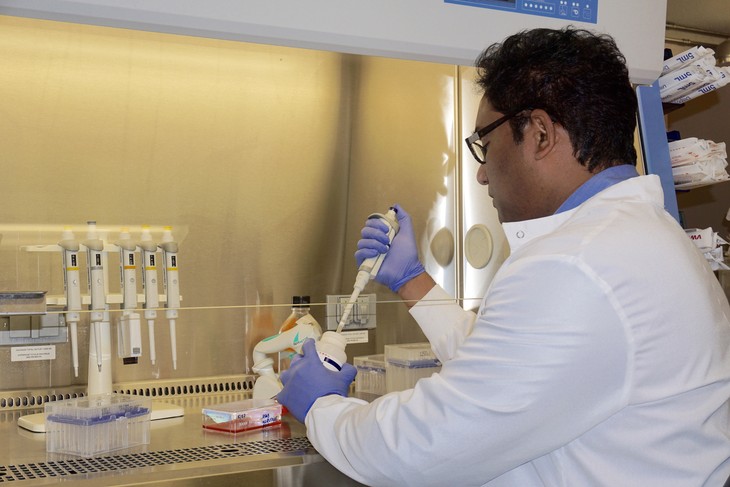 New York, Oct 8 (IANS) A team of Indian-origin researchers in the US is working to develop a unique Covid-19 vaccine that uses a bovine adenovirus that will protect all segments of the population, especially older adults.

Bovine Adenovirus, also known as BAdV, is a member of the Adenoviridae family that causes disease in cattle.

“Adenoviral vectors have emerged as a promising gene-delivery platform for a variety of therapeutic and vaccine purposes during the last two decades,” said study author Suresh Kuchipudi from Penn State University in the US.

“Historically, we have used human adenoviruses as platforms for vaccine delivery, but using a delivery system based on an animal adenovirus means that the human population will have no pre-existing immunity to the vector, thereby improving its effectiveness,” Kuchipudi added.

Kuchipudi explained that human adenoviruses are widespread and can cause common illnesses such as cold-like symptoms, fever, sore throat, bronchitis, pneumonia, diarrhea and pink eye.

As a result, most people may have pre-existing immunity that could impact the efficacy of vaccines delivered via a human adenovirus-based vector.

The team, which is led by Purdue University virologist Suresh Mittal and also includes immunologist Suryaprakash Sambhara from the Centers for Disease Control and Prevention, has adapted an adenovirus typically found in cattle to prevent it from replicating, which enhances safety.

The researchers also modified the adenovirus to express a peptide that stimulates a robust immune response to influenza viruses in mice.

“Our preliminary work has revealed that this novel vaccine platform provides significantly higher levels of immunity compared to that of human adenovirus vectors,” Kuchipudi said.

“We hypothesise that immunization with this vector expressing relevant antigens of SARS-CoV-2 will strengthen an effective anti-Covid-19 immunity,” Kuchipudi added.

The researchers noted that because SARS-CoV-2 is a newly emerged virus for which humans have no previous immunity, any vaccine will have to be highly immunogenic to provide protection, particularly among older adults, whose immune systems naturally decline with age.

“This work suggests that the bovine adenovirus vector system could serve as an excellent delivery vehicle for the development of recombinant vaccines against emerging pathogens — for the elderly and other segments of the population,” Kuchipudi said.

“We believe this effort will yield an effective Covid-19 vaccine and could make a significant contribution to flattening the pandemic’s trajectory and helping to manage its second wave,” the study author noted.