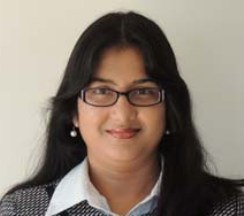 Washington, March 20 (IANS) Susmita Roye, an associate professor of English at the Delaware State University, has been named as a recipient of the National Endowment for Humanities (NEH) Award for Faculty.

The award has been given in recognition and support of her current book manuscript project, which is about the women writers of India during British rule (1757-1947). She has tentatively titled the book “Mothering India”.

Roye will receive financial support from the grant award, which will enable her to take some time off from teaching to finish the book.

She was one of only eight people to receive the award out of 101 applications, according to an announcement on the university website.

The NEH, an independent federal agency created in 1965, is one of the largest funders of humanities programmes in the US.

Previously, Roye co-edited and contributed a chapter to the book “The Male Empire under The Female Gaze”, which explored the perspective of British white women amid British rule of India.