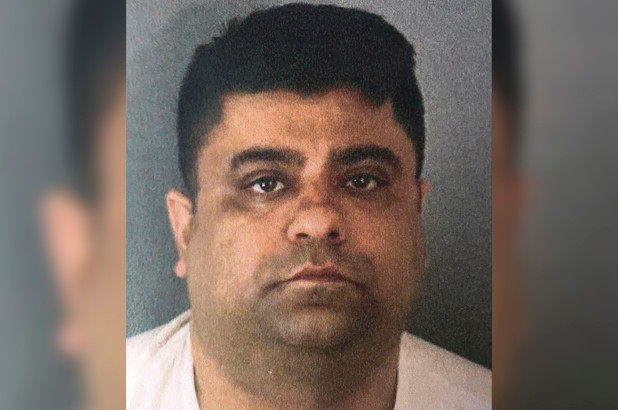 Atlanta, GA, January 22, 2020: An Indian-American man from Corona, CA was arrested Monday on suspicion of intentionally ramming a car, causing it to slam into a tree — killing three teenage boys and injuring three other teens in the car.

Anurag Chandra, 42, of Corona was arrested on suspicion of murder and assault with a deadly weapon, Lt. David Yokley of the California Highway Patrol told media outlets at a news conference.

Yokely said it was an intentional act, reports PE.com. “Our investigation led us to believe Mr. Chandra intentionally rammed the Prius, causing the driver to lose control.”

Chandra’s car a white Infiniti sedan had front-end damage, when it was found parked on less than a mile from the crash site.

Chandra was arrested in that neighborhood, cops said.

Officers were led to Chandra by witnesses who followed his car after the incident, according to reports.

The case, which was originally registered as a hit-and-run has changed to homicide.

At the news conference, Yokley said alcohol or drugs do not appear to be a factor, although toxicology tests were pending, reports PE.com. He could not say whether it was a case of road rage.

Chandra was in custody without bail Monday evening.

The initial call at 10:23 p.m. was for a Toyota Prius that struck a tree at Temescal Canyon Road and Trilogy Parkway, with the six teens in the car, Quintero said.

When the CHP arrived, three were standing outside the car. The other three were trapped inside. Firefighters pried their way into the car to get them out. One was pronounced dead at the scene, and two others died at a hospital.