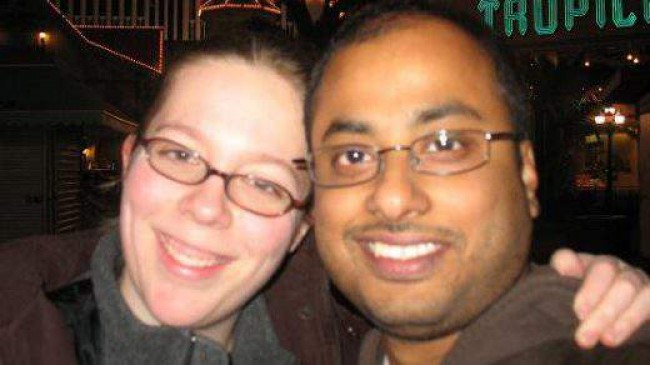 Los Angeles, June 3 (IANS) Indian-American Mainak Sarkar had killed his wife in Minnesota before driving over 3,000 km to the University of California-Los Angeles (UCLA) where he shot dead a professor and then turned the gun on himself. Both the victims were on his “kill list”, officials said.

Sarkar, 38, an IIT Kharagpur graduate, had killed his wife Ashley Hasti, who was found dead in Brooklyn Park, in Minnesota, police said on Thursday.

Sarkar later fatally shot engineering professor William Klug, 39, in his office at the UCLA on Wednesday. Klug had refused to give him a passing grade.

However, it was unclear if they were still married at the time of their deaths.

Police who searched Sarkar’s Minnesota home found a note with an ominous title “Kill list”. It had the names of three people including Klug and Hasti, according Los Angeles police Chief Charlie Beck.

Hasti had a gunshot wound and was apparently been killed before the UCLA shooting, Deputy Police Chief Mark Bruley said.

Sarkar had apparently driven 3,220 km from Minnesota to Los Angeles in his car to shoot Klug.

The third person Sarkar intended to target was another professor at UCLA, Beck said. That faculty member was off-campus on Wednesday and was unharmed, the police chief said.

Beck said that “a dispute over intellectual property” was tied to the UCLA shooting, which put the campus on lockdown for hours on Wednesday.

Sarkar felt that Klug had released information “that harmed him”, the police chief said, adding “UCLA says this is absolutely not true. This is the workings of his imagination.”

Sarkar was listed on a website for Klug’s research group at UCLA, and an online abstract of his dissertation listed Klug as his adviser.

Police are searching for the grey 2003 Nissan Sentra Sarkar drove from Minnesota to California.

Klug was an associate professor of mechanical and aerospace engineering and had been the target of Sarkar’s anger on social media for months.

In a blog post uploaded on March 10 under his name, Sarkar wrote that the professor “stole all my code and gave it another student”. Sarkar branded him a “sick man”.

Before enrolling at UCLA, Sarkar earned a Master’s degree at Stanford University following an under-graduate degree in aerospace engineering at the Indian Institute of Technology in Kharagpur, according to his LinkedIn page.

In the US, he also had a stint as a research assistant at the University of Texas and worked as a software developer.

UCLA’s engineering building is located in the middle of a densely populated part of Los Angeles.

US allays India's concerns on Taliban; Biden to come in July