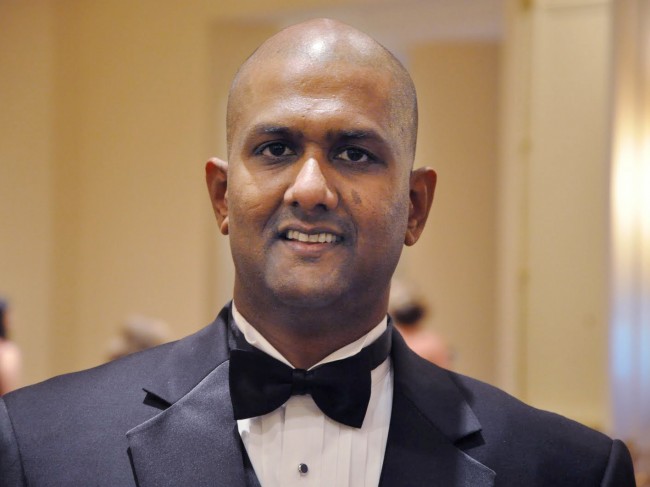 On the eve of Wrongful Conviction Day in October 2018, entrepreneur Reddy Vijay Annappareddy filed what is believed to be one of the largest civil rights lawsuits in U.S. history against certain agents and prosecutors with decades of experience working with the U.S. Attorney’s Office for District of Maryland and the Maryland Attorney General’s Office.

Annappareddy once presided over a pharmacy delivery business that stretched across six states — until one day in July 2013, when the FBI raided his operation and prompted him to attempt suicide, says an NPR report from 2017. Alone in a hotel room in Las Vegas, as his employees frantically called him to report the bad news, Annappareddy downed some scotch and Benadryl pills, went to the bathtub and slashed both his wrists. Hours later, he awoke, alive but weak, and headed for the hospital. Thus began a dark legal odyssey that would last more than three years.

Annappareddy lost his house on 3-and-a-half acres, a garage full of luxury vehicles. But he refused to give up faith in his own innocence, says NPR.

The suit alleges that certain named and unnamed federal and Maryland agents destroyed Annappareddy’s career and ruined his life by raiding the business while executing bogus search warrants that they obtained illegally.  If Annappareddy’s business still existed, it would be worth hundreds of millions of dollars.

Greenberg uncovered a pattern of egregious government misconduct.  The suit alleges that emails, text messages, and other documents – which were illegally hidden for several years – show that certain agents used evidence they knew a cooperating witness had fabricated and themselves deliberately fabricated evidence and that at some point, the two lead prosecutors realized what the agents had done.

According to the complaint, instead of doing the right thing, the two prosecutors – each of whom has decades of experience – tried to cover it all up.  The prosecutors allegedly launched a secret campaign of concealment that included intentionally destroying documents that would have proven Annappareddy’s innocence.  A secret memo revealed that in the middle of the case, the prosecutors ordered three of the agents to shred three critical boxes of documents without making copies.  Annappareddy also alleges that the prosecutors and certain agents hid internal documents showing that key calculations – the most significant evidence in the case – were recklessly or intentionally fabricated.

The Court found that the prosecutors’ and agents’ conduct “shock[s] the conscience” and ultimately dismissed all of the false charges against Annappareddy with prejudice.

One of Annappareddy’s attorneys, Stuart M. Paynter, said that in addition to seeking financial compensation and punitive damages, the lawsuit “seeks full disclosure of how this miscarriage of justice happened and full accountability for everyone who was involved, including any failure to properly discipline the named Defendants and others that discovery brings to light.”