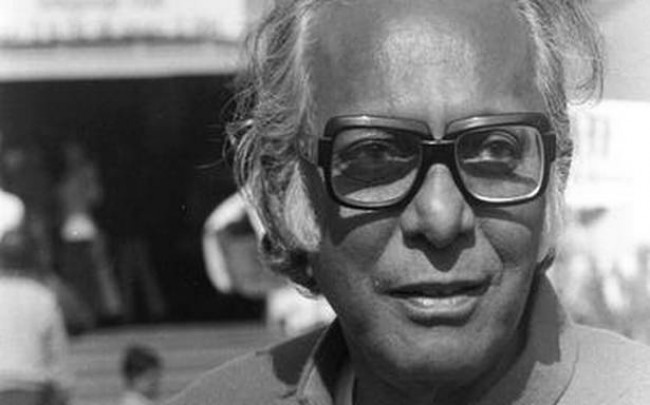 Sen, 95, a widower, is survived by his only son Kunal.

Sen, who was ailing for a long time, breathed his last at his Bhowanipore home around 10 a.m. after a cardiac arrest, his family physician said.

His demise brings the curtains down on one of the most glorious chapters of filmmaking in India, where Sen and late directors Satyajit Ray and Ritwik Ghatak are revered as the ‘trinity’ for giving birth to the parallel (or new) cinema movement in the country.

The “trinity” gave a new direction to the idea of filmmaking in India, displaying spontaneity, aesthetic sense and deep knowledge of the medium, that made the world look up in wonder and respect at their creations.

Born on May 14, 1923, at Faridpur (now in Bangladesh), Sen made his first Bengali film “Rat Bhore” (The Dawn) in 1953, but it was his second directorial effort “Neel Akasher Niche” (Under the Blue Sky) that received acclaim in the country for its lyricism and humane qualities.

Sen followed it up with “Baishey Shravan” (Wedding Day), that earned him plaudits from the critics beyond Indian shores.

In 1969, Sen worked on a small budget provided by the Central government to direct “Bhuvan Shome” (Mr. Shome) — a film regarded as an important milestone in the new cinema film movement in India.

A lifelong Leftist, who, however, never took the membership of any communist party in India, Sen has left behind a rich repertoire of 27 feature films, 14 shorts and four documentaries during a career spanning six decades.

An intellectual par excellence and a great conversationist, Sen regaled in calling himself an “iconoclast” and “By accident, a maker of films”.

Widely feted, Sen received the Padma Bhushan in 1981, the Dadasaheb Phalke — the highest award in Indian cinema — in 2005, the French government’s Commandeur de l’ordre des Arts et letters (Commander of the Order of Arts and Letters) in 2001, and Order of Friendship from the Russian government in the same year.

He was a member of the Rajya Sabha from 1997 to 2003, and president of the International Federation of the Film Societies for some time.

He came out with his autobiography “Always Being Born” in 2004.

Condoling Sen’s death, West Bengal Chief Minister Mamata Banerjee said “it is an irreparable loss to the world of filmmaking”.

Megastar Amitabh Bachchan tweeted: “Mrinal Sen no more… a most amiable, distinguished creative cinematic mind, contemporary of Satyajit Ray and Rithik Ghatak. I did my first ever voiceover in his film ‘Bhuvan Shome’. Prayers and condolences.”

Acclaimed Bengali actor-filmmaker Aparna Sen, who worked in three films made by Sen, said more than a director and a colleague, he was like a family member.

Film and stage actor Kaushik Sen, who debuted in Sen’s film “Ek Din Pratidin” as a child actor, was at a loss for words.

“My relationship with Mrinal Sen was very personal… cannot say much at this point. I learnt a lot of technical things about acting and filmmaking from him. I first acted in front of the camera because of him and my first film was also directed by him. I have also acted in the last film made by him,” Kaushik said.

Veteran actor Ranjit Mullick, who also made his acting debut under Sen, grieved at the “painful news”.

“Mrinal Sen’s name is pronounced with stalwarts like Satyajit Ray and Ritwik Ghatak in the same breath. I cannot believe he is no more. It is a painful news. He had a great sense of humour,” Ranjit said.