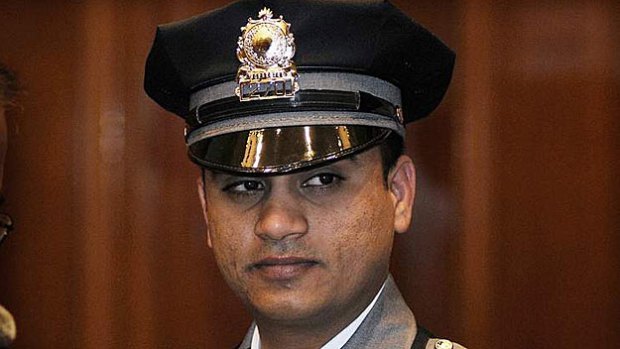 Washington, June 3 (IANS) A court in the US state of Massachusetts has started trial of a police officer of Indian descent, who was charged with sexual assault in 2014.

Rajat Sharda, 33, while on duty, allegedly sexually assaulted a 29-year-old Connecticut woman in August 2013, threatening her not to report the incident, which was reported in February 2014, stated The Telegram on Wednesday.

The woman testified in court that on August 6, 2013, night she was inside a parked sports utility vehicle (SUV), undressed, with her boyfriend Michael Betancourt when officer Sharda approached the vehicle and asked her to step outside the SUV.

“He was asking me what I’d be willing to do to not be arrested,” she stated in court.

After handcuffing Betancourt, Sharda sexually assaulted and threatened the woman, before leaving from the location.

The first police officer of Indian descent on the Worchester, Massachusetts’s police force, Sharda was removed from service in September 2014 and was charged with sexual assault, open and gross lewdness, witness intimidation and larceny.