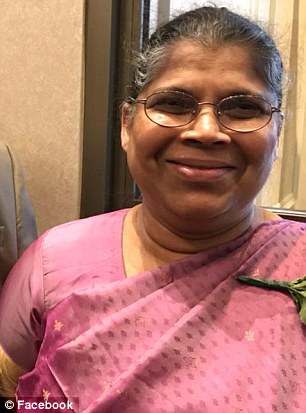 Mathews seeks her job back along with back pay and punitive damages for emotional pain and suffering, according to the lawsuit filed by Denver attorneys Francis Culkin and Karen Larson. The lawsuit says that no other employee was disciplined for talking politics and political discussions were common among employees and patients.

Mathews, who has a nursing degree from the Hamidia Medical College Hospital in Bhopal, India, worked at Denver Health for 27 years. She studied psychiatric nursing at the Front Range Community College.

According to Denver Post, on Sept. 10, 2016, Mathews was tending a patient, a former high-ranking hospital employee. The patient was watching election coverage and asked Mathews who she thought would win.

Mathews said Trump would win and she was “praying for him.” To that the patient replied, “Oh no, I don’t want him to be.”

Three days later Torres called Mathews at home and said a patient had complained about her conversation about the election, the lawsuit said.

Torres asked, “Did you ask (the patient) to read the Bible?”

Mathews denied that she did.

But Torres fired Mathews and added that she didn’t work enough hours. Fedo approved the termination and said Mathews was ineligible for rehire.

The lawsuit says her supervisors approved her hours. The only document addressing why she was fired said she was terminated for “other reason.” Mathews did not see the document until Jan. 24, 2017.

Mathews complained to the Equal Employment Occupation Commission on March 1.

“In commenting about the outcome of the election in 2016, Mrs. Mathews was engaging in the constitutionally protected activity of free speech,” the lawsuit says. “Mathews spoke as a private individual and her termination was retaliation for her protected right to free speech.”

The lawsuit also claims Mathews was discriminated against because she is Asian/Indian.