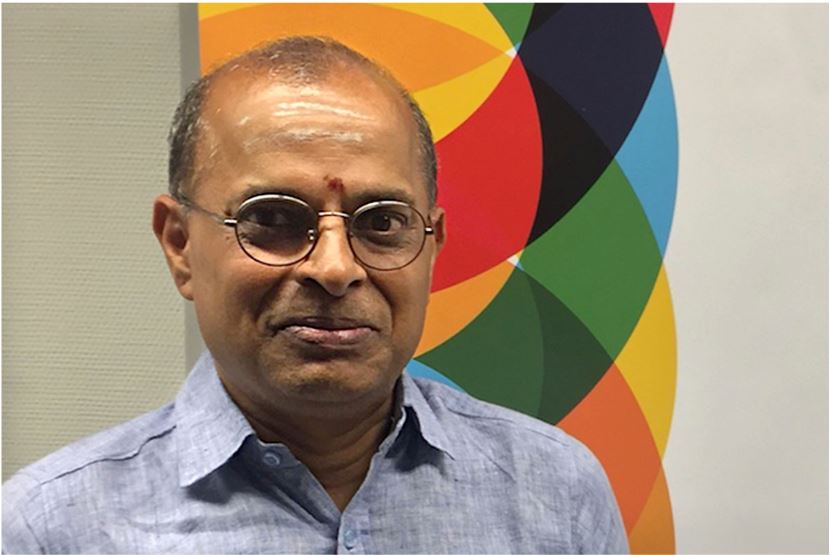 San Francisco, Dec 29 (IANS) Adding a fresh viewpoint to the origin of life on Earth, an Indian-origin researcher Ramanarayanan Krishnamurthy from Scripps Research in California has made a discovery that a DNA-RNA mix began the first life form on our planet.

Krishnamurthy demonstrated that a simple compound called diamidophosphate (DAP), which was plausibly present on Earth before life arose, could have chemically knitted together tiny DNA building blocks called deoxynucleosides into strands of primordial DNA.

The newly described chemical reaction could have assembled DNA building blocks before life forms and their enzymes existed.

The finding, published in a chemistry journal Angewandte Chemie, is the latest in a series of discoveries, pointing to the possibility that DNA and its close chemical cousin RNA arose together as products of similar chemical reactions, and that the first self-replicating molecules – the first life forms on Earth – were mixes of the two.

“This finding is an important step toward the development of a detailed chemical model of how the first life forms originated on Earth,” said study senior author Krishnamurthy, an associate professor of chemistry at Scripps Research.

In particular, the discovery paves the way for more extensive studies of how self-replicating DNA-RNA mixes could have evolved and spread on the primordial Earth and ultimately seeded the more mature biology of modern organisms.

The new work may also have broad practical applications.

The artificial synthesis of DNA and RNA – for example in the “PCR” technique that underlies COVID-19 tests- amounts to a vast global business, but depends on enzymes that are relatively fragile and thus have many limitations.

Robust, enzyme-free chemical methods for making DNA and RNA may end up being more attractive in many contexts, Krishnamurthy said.

In 2017, Krishnamurthy-led team reported that the organic compound DAP could have played the crucial role of modifying ribonucleosides and stringing them together into the first RNA strands.

The new study shows that DAP under similar conditions could have done the same for DNA.

“Now that we understand better how a primordial chemistry could have made the first RNAs and DNAs, we can start using it on mixes of ribonucleoside and deoxynucleoside building blocks to see what chimeric molecules are formed–and whether they can self-replicate and evolve,” Krishnamurthy elaborated.