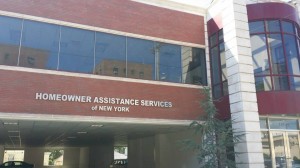 New York, May 22 (IANS) An Indian national along with two other people was charged with conspiracy to trick distressed homeowners into selling their residences and reaping millions of dollars through the fraud.

They each face a maximum sentence of 20 years, the New York Daily News reported.

The three sent out mailers and used telemarketers to promote their devious company, “Homeowner Assistance Services of New York”.

The victims, most of whom were on the verge of foreclosure, contacted the firm and met with Alvarenga, who would propose they short-sell their home to a third party called Launch Development.

The victims were assured they could stay in the home during the entire process, and that the property would be resold at a discount to a trusted relative within 90 days.

Maddiwar, calling himself an attorney, would then get the victims to sign closing documents, some of which were blank, authorities said.

Then Meiri would show up and evict the victims from their homes.