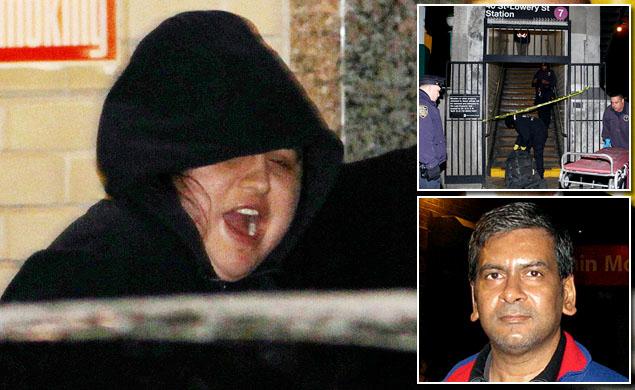 New York, May 22 (IANS) A New York woman who said she hates Hindus and killed a Hindu man by pushing him under a metro train has been sentenced to 24 years in prison, a local has prosecutor announced.

When Erika Menendez was arrested after killing Sunnando Sen in December 2012, she told the police: “I hate Muslims and the Hindus.”

Richard Brown, the district attorney for New York’s Queens borough, who announced the sentencing on Wednesday, said, “The defendant’s actions clearly show that she is a threat to society and deserving of today’s sentence.”

Menendez had earlier told a New York Post reporter that she had been attacking Hindus and Muslims.

Sen, 46, who had been a PhD student at New York University, worked in a copy shop at the time of his death.

Menendez, 33, pleaded guilty to a charge of manslaughter, saving her from the possibility of conviction on a more serious murder charge and helping prosecutors avoid conducting a lengthy trial.