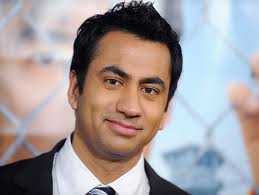 Washington, Nov 19 (IANS) President Barack Obama has nominated popular Indian-American actor Kal Penn of “The Namesake” fame to his Committee on the Arts and Humanities.

“These fine public servants bring both a depth of experience and tremendous dedication to their new roles,” said Obama while announcing Penn’s appointment with six others.

“Our nation will be well-served by these men and women, and I look forward to working with them in the months and years to come,” he said.

Born in New Jersey as Kalpen Suresh Modi, is recognised for his performance in Indian film director Mira Nair’s critically acclaimed film, “The Namesake”. He is also known for starring in the popular “Harold and Kumar” film series as well as the hit TV show “House”.

This would be his second stint working for the Obama administration. Penn served as associate director in the White House Office of Public Engagement from 2009 to 2010. He worked in that role on and off while taking up acting gigs in the meantime.

The late president Ronald Reagan created the committee in the early 1980s to serve as an advisory committee to the White House on cultural issues.

Before joining the White House, Kal Penn worked as an artist and actor in Los Angeles and New York, and was also an adjunct lecturer in Asian American studies, film studies, and sociology at the University of Pennsylvania.

He served as a member of the Obama for America National Arts Policy Committee in 2008 and as a National Campaign co-chair in 2012.

Penn received his Bachelors in Arts from the University of California, Los Angeles.