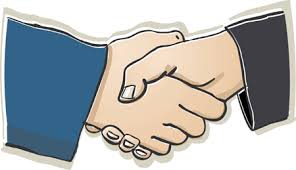 New Delhi, July 30 (IANS) A joint executive MBA programme announced by the Indian Institute of Technology, Bombay and the Washington University in St. Louis (WUSTL) will be offered in 2015, the parliament was informed Wednesday.

“The Indian Institute of Technology (IIT), Bombay and the Washington University in St. Louis (WUSTL) have launched a Joint Executive Master of Business Administration (MBA) programme on June 30, 2014, to be offered in 2015,” Human Resource Development Minister Smriti Irani said in the Lok Sabha.

The programme is the first of its kind to confer an executive MBA degree from both an Indian and American university.

Stating the salient features of the programme, Irani added that it is meant for executives, professionals and entrepreneurs with a minimum seven years of experience of quality; the curriculum is rooted around the leadership development and innovation and the courses will be jointly offered by faculty from IIT Bombay’s Shailesh J. Mehta School of Management and WUSTL’s Olin Business School.

Apart from teaching business fundamentals, the programme will address leadership, strategic management, growth and innovation. It will be spread over a duration of 18 months, where classes will be offered four days per month in Mumbai and it will end with a two-week capstone experience at the Washington University.

“The MBA degree will be conferred to these executives jointly by IIT-Bombay and WUSTL,” Irani added.