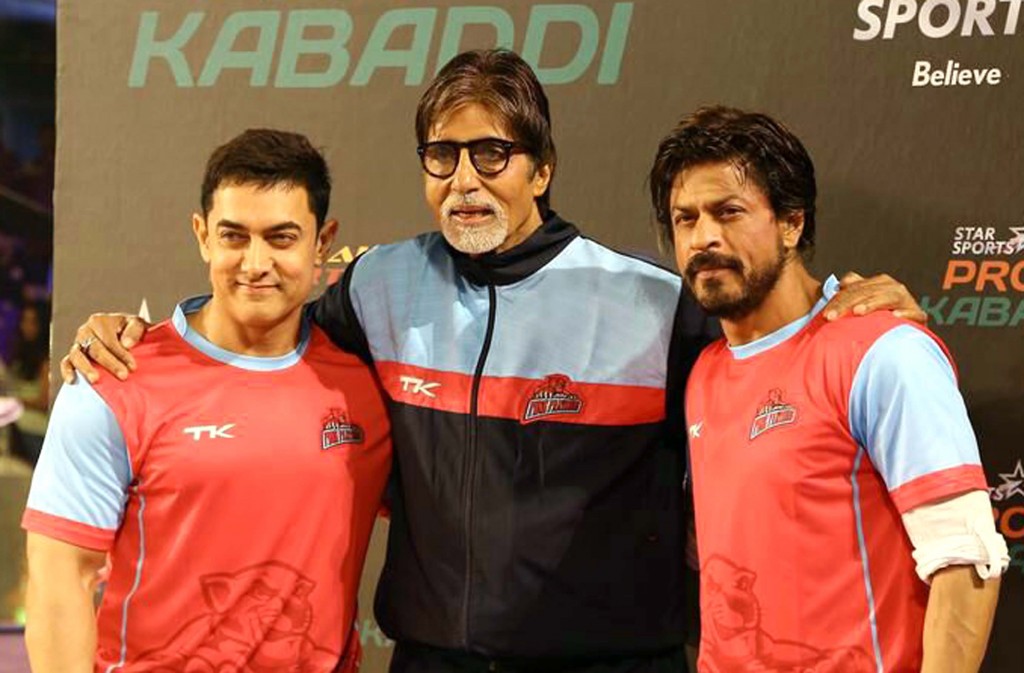 The Pro Kabaddi League tournament started here Saturday and the duo, along with other celebrities like Farah Khan, Sachin Tendulkar, Tina Ambani and Kabir Bedi, attended the launch of the eight-city franchise.

From the Bachchan family, megastar Amitabh, his wife Jaya and daughter-in-law Aishwarya Rai were seen cheering for Abhishek’s kabaddi team.

“Thank u @juniorbachchan 4 inviting us to the Pro Kabaddi opening!! What a fun we had!!” Farah tweeted. 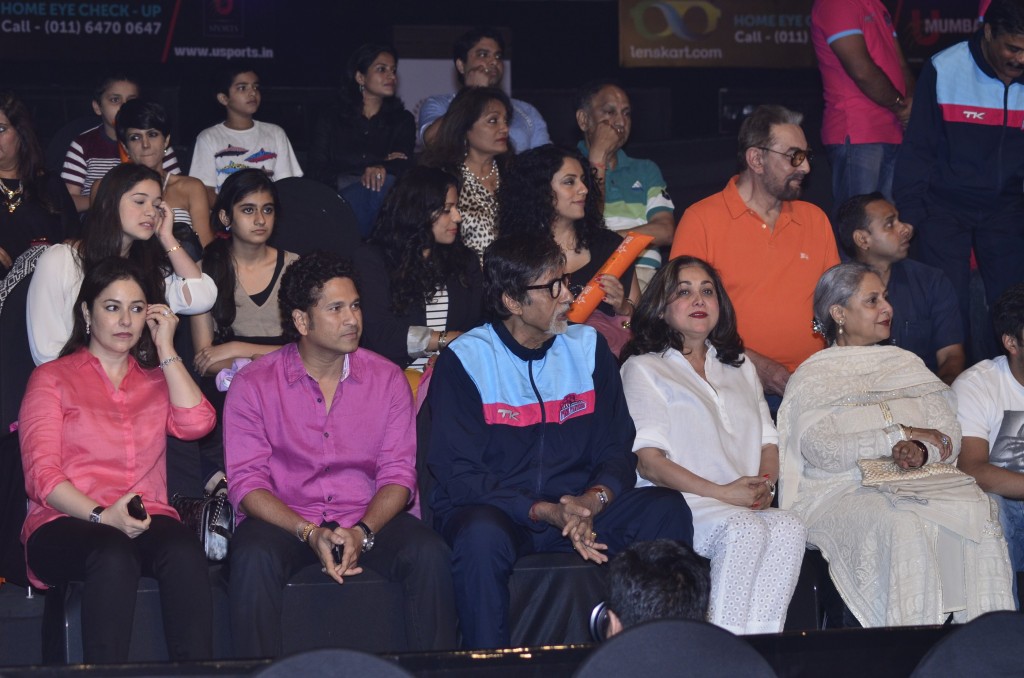 Amitabh, who posted a photo at the launch with the Khans, also thanked them and others, who marked their presence.

“Grateful to all the stars and friends that came out in support – Shah Rukh and Sachin and Aamir, and so many others … and a blast we had, cheering this very Indian sport … an occasion a first for India and the game … great fun …

“I do hope that we continue to play it the way it has been designed, with all the prominent corporates coming in and many celebrities joining the gang … !!” Big B posted on his official blog srbachchan.tumblr.com.

His son’s team lost the match, but he was happy with the turnout.