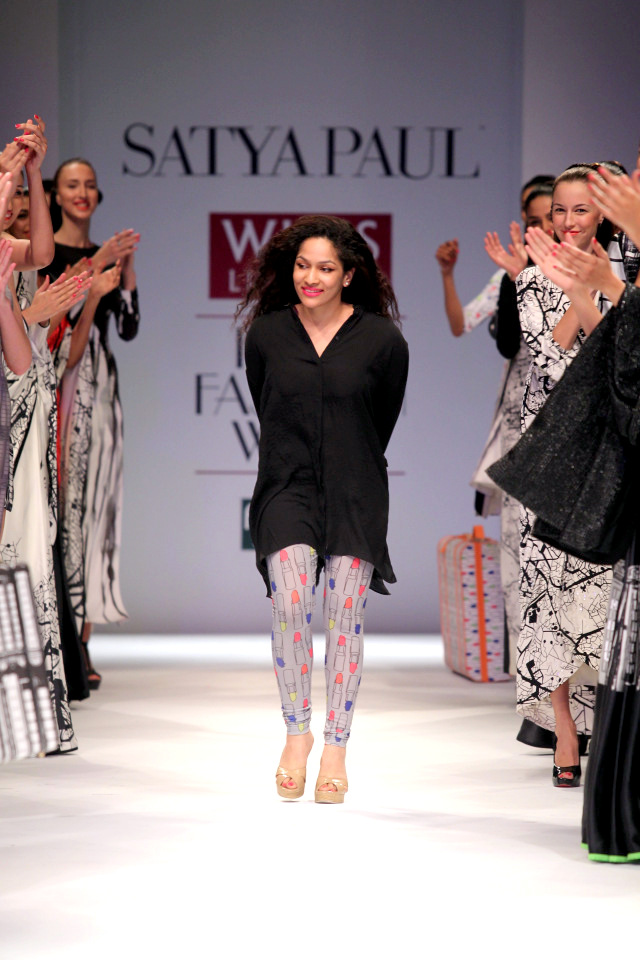 New Delhi, Aug 28 (IANS) Time was when veterans dominated the fashion industry, but the trend is changing.

Charting new territories with their design aesthetics, trailblazers like Masaba Gupta and Rahul Mishra are scaling new heights and proving that a young age is certainly not a deficiency.

Masaba, daughter of well-known actress Neena Gupta and Windies batting great Vivian Richards, decided not to follow her mother’s footsteps and chart her own territory. She was only 20 when she entered the field and with her quirky designs, quickly carved a niche for herself. At 24, she was appointed the fashion director at Satya Paul.

Her belief is that “newness is a constant in fashion” and the industry will always appreciate and support good designs.

“Awareness about the Indian fashion industry has grown by leaps and bounds in the last couple of years. With international celebrities making red carpet appearances in outfits by Indian designers, people are taking note of the work we do here,” Masaba told IANS.

She added: “For me, as long as any designer, old or new, creates something beautiful, it will be appreciated.”

The spotlight was on Rahul when pop queen Beyonce Knowles handpicked one of his outfits for her collaboration with “Rent The Runway”, a popular online rental boutique. The dress, a yellow hybrid version of his spring-summer ’13 sheaths’, was the only Indian label included in the list.

Scoring well with their design aesthetics and innovativeness are youngsters Atsu Sekhose, Nachiket Barve, Anand Bhushan and Aneeth Arora. They continuously impress buyers from around the country at fashion events.

Even the fashion weeks are encouraging young aspirants.

Ample support is also coming from the seniors.

Ace designer Ritu Beri said: “It’s a proud moment for the fashion fraternity to have such talented young blood contributing to the glory of our country. Young designers are edgy and creative with a unique fashion sense.”

“Indian fashion week is a great platform for upcoming designers as it attracts a lot of publicity both in India and internationally. So yes, we can see a new phase with new names making headlines,” she told IANS.

Some veterans even mentored new faces, Wendell Rodricks being one of them. He Supported Masaba during her initial days.

“For many seasons now, I have been saying that all fashion weeks are being fuelled by the finance and support of new, young names,” Rodricks told
IANS.

He feels proud about the kind of work youngsters are doing.

“Masaba and Rahul are talented designers. They deserve the praise they are getting and don’t need the endorsement of a sari manufacturer or a singer. They do great clothes and need no endorsement from anyone. I am proud of them,” he added.

Beri felt the trend will help the fashion industry in many ways.

“Today, our designers are constantly showcasing in various fashion capitals of the world and have already been well acknowledged.

“India’s fashion is spotted on the fashionable ramps of the world and is a huge source of inspiration internationally. Indian fashion is recognized as the one with remendous potential for huge growth in times,” she said.

Although they are charting new paths and earning accolades, younger lot have their head on their shoulders and credit seniors for bringing the fashion industry this far.

“I want to see veterans stepping up the game while new names push the boundaries. The veterans should become luxury brands and not veterans who have left the game,” said another young blood Amit GT, known for styling many Hollywood personalities.

He thanked all the established designers who have contributed to the industry.

“If veterans will take back seat, we will never have international luxury brands coming to India. I look at veteran designers as seasoned designers. The word veteran is a misnomer as it is used for those who have gone past their prime in their career.