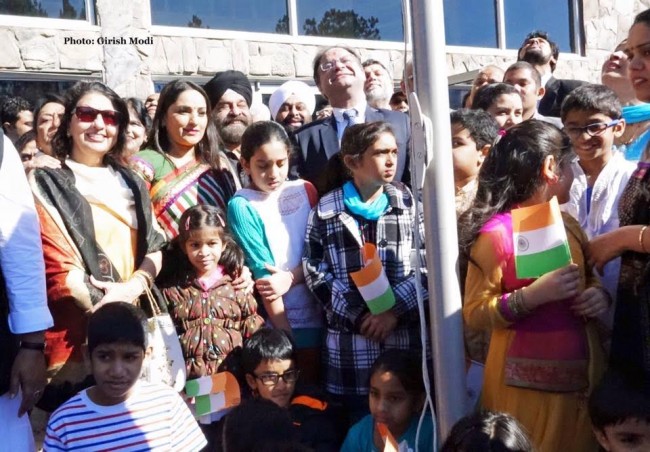 Atlanta, GA, February 1: India American Cultural Association (IACA) celebrated the 67th Republic Day of India with the hoisting of the tricolor and a colorful cultural program in the presence of community members, consulate staff and media. Consul General Nagesh Singh was the guest of honor.

In his brief address, Consul General Singh said, as the oldest Atlanta Indian organization, IACA had the responsibility of bringing together members of the 300 local associations and groups- to subsume provincial identities in a greater Indian identity- in order to have a greater voice, and be politically and socially empowered.

“In our unity lies our strength,” he said. “We need to be heard.”

Singh recounted a recent meeting with Atlanta Mayor Kasim Reed. During the course of their conversation, the mayor had quipped, “But your community does not live in Atlanta”, implying that the community does not participate in the mainstream life.

The host country knows us as Indians, and not on the basis of our provincial identity, Singh said, adding that if all groups got together, the community would become a more important factor, with a stronger voice, in this part of the US. 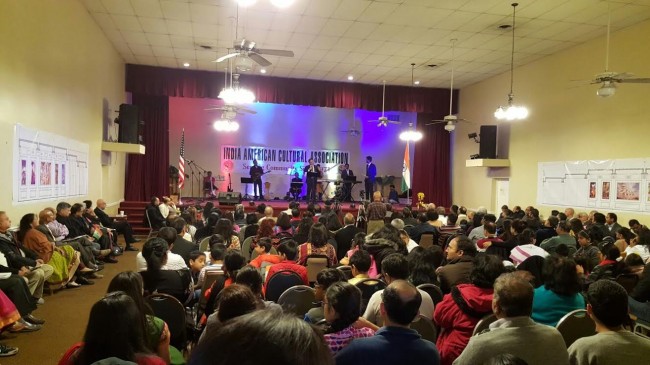 New IACA president Rina Gupta earlier welcomed the crowd of almost 300 to the celebrations.  “The Republic Day of India marks the time when India embarked on a journey towards a destiny of its own choosing- much like how we would like this event to start IACA’s journey towards its own destiny,” Gupta said in her remarks.  “Just like India’s future was shaped by our leaders and compatriots, I appeal to IACA’s leaders and members to shape our future.”

Gupta thanked the executive committee for putting together an action packed afternoon with cultural performances and live singing.

“We “need” everyone to participate in our events but what we “want” is for everyone to have a hand in our growth. Please urge your friends to become IACA members today and let us grow our family to be the envy of entire Atlanta,” she said.

The cultural segment began with patriotic songs by band members of Desi Rhythms of Atlanta. The program also included performances by students of Mahek Dance Academy, Shiv’s Institute of Dance and individual and group performances by community members, including an energetic bhangra dance by Annu Verma. 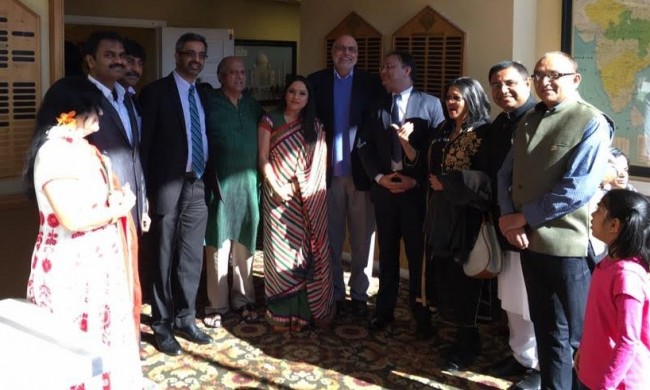