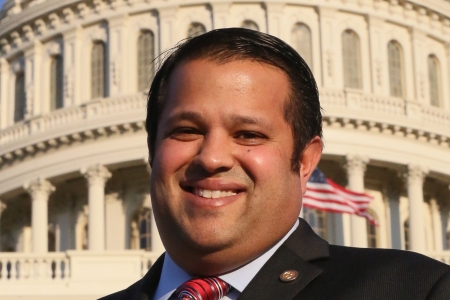 Atlanta,GA:  A federal court judge has ruled against individuals seeking to remove the entire Asian American Hotel Owners Association (AAHOA) Board of Directors. In a ruling issued Wednesday, Judge Harold Murphy rejected the plaintiff’s motions citing long-standing law which showed the plaintiffs had not met the legal requirements of the actions they were requesting.

Judge Murphy considered testimony by all witnesses accusing management of wrongdoing and stated that the case brought against AAHOA stood little chance of success at trial.

“The decision confirms what we have stated all along, the claims made by these individuals against AAHOA are frivolous and have no basis in fact,” said AAHOA Chairman Pratik Patel. “Hopefully this will put an end to this action and we can get on with our mission of representing the 12,500 men and women who make up AAHOA.”

Following the decision to dismiss the motions, AAHOA Chairman Pratik Patel, announced he will take additional steps to ensure that every complaint from an AAHOA member is properly adjudicated through the AAHOA governance process. He went on to state that while most of the allegations contained in the complaint had already been considered by various levels of the AAHOA governance process, he will ask the Board of Directors to reconsider every allegation in the lawsuit at the next Board of Directors meeting on September 2-3.

AAHOA is the largest hotel owners association in the world with more than 12,500 members who own over 40 percent of all U.S. hotels.

Nine members of the Asian American Hotel Owners Association (AAHOA) had accused Chairman Pratik Patel and the current leadership of “theft, embezzlement and corruption,” in a lawsuit filed on Aug. 12 in the US district court, Atlanta division. AAHOA is headquartered in Fulton County, Georgia.

The lawsuit alleged that AAHOA directors and officers “have engaged in misuses of the group’s funds, manipulated bid processes for contracts, destroyed meeting minutes and misdirected charitable donations.”

The lawsuit also alleged that in 2003, a group in leadership positions attempted to seize control over AAHOA by manipulating elections and seeking to deny the members of their voting rights as provided by the Bylaws and governance laws.

“Recently, a new group, including some of the original bad actors, has again seized control of AAHOA. In pursuit of their own selfish agenda, the leadership is endangering AAHOA by, inter alia, firing the general counsel and other critical staff members who protected AAHOA from self-interested and self-dealing members,” says the lawsuit.

AAHOA has a yearly budget of approximately $10 million and over seven million in assets, claims the lawsuit. “These assets are in jeopardy under the current leadership due to rampant violations of AAHOA’s internal policies and governance procedures, as well as self-dealing and corporate waste.”

The allegations are mostly against Chairman Pratik Patel, although the lawsuit names other officers. The chairman is accused of being responsible for the expenditure of approximately $15,000 of AAHOA funds funneled to his business partner’s company and “used to support his campaign for an officer position within AAHOA. Proper approval was neither sought nor granted regarding the unauthorized expenditures of AAHOA funds.”

Pratik Patel is also accused of physically assaulting and battering Alkesh Patel in retaliation for Alkesh Patel’s objection to Pratik Patel’s blatant disregard for AAHOA’s bylaws and governance rules. “Consequently, Alkesh Patel was brought to the hospital and diagnosed with a concussion.”

Officers Mehul Patel, Pratik Patel Jimmy “Jay” Patel and others traveled to London with their wives using AAHOA funds, the lawsuit claims. “Each individual was reimbursed for approximately $1200 in violation of Bylaws and governance rules.”

The members who filed the lawsuit wanted the court to intervene immediately to halt to the violations. “A receiver is needed to take charge of AAHOA, and AAHOA’s assets, to preserve the same and protect all members as well as the organization itself,” says the complaint. “Absent intervention by this court, AAHOA will be crippled, its governance and ethics left in shambles, and its former honest and highly qualified staff forever lost to the organization.”

AAHOA Chairman Pratik Patel, in a statement released to Atlanta Business Chronicle, said the accusations were wild and called the lawsuit frivolous. “The current AAHOA Board of Directors has implemented a governance process that is the most transparent in the 25-year history of the association,” he said. “Such openness does not sit well with some who prefer the old style politics of the past. It is unfortunate that wild accusations, which have been adjudicated time and again through the AAHOA governance process, have now become part of a wasteful and frivolous lawsuit. We will vigorously defend our association against such reckless claims.”

Pratik is a second-generation hotelier raised in San Antonio, Texas. He currently serves as President of REM Hospitality Inc., which includes branded hotel properties such as Accor, IHG, and Wyndham, as well as non-hospitality real estate interests.