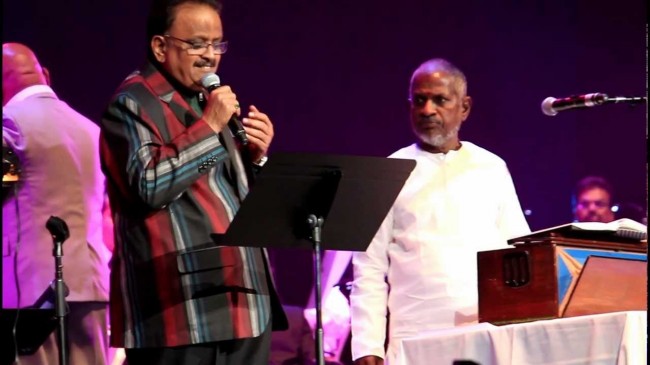 Chennai, March 19 (IANS) Legendary singer S.P. Balasubrahmanyam, who has received a legal notice from his long-time friend and maestro Ilayaraja which doesn’t allow him to render the latter’s songs during his ongoing tour, says he is ignorant of such legalities.

The National Award winning singer is currently on a world tour SPB50, to commemorate the legend’s 50th year in the film industry. The tour started in August last year from Toronto, Canada. He is scheduled to perform in Atlanta on April 2.

He wrote: “Couple of days back, an attorney representing Ilayaraja, sent legal notices to me, Chithra, Charan, organisers of the concerts in different cities and the managements of all the venues.”

“According to the notice, we are not supposed to perform his compositions without his permission. If so, it is breaking the copyright law and have to pay huge financial penalties and face legal action. Let me say, I am ignorant of these legalities.”

Balasubrahmanyam says he is surprised that he did not get any feelers from Ilayaraja’s office at the time when the concert began.

“As I said earlier, I am ignorant of the law. If it is a law, so be it and I will obey it. In these circumstances, our troupe cannot perform his compositions from today,” he added.

He requested his fans and well-wishers to not have any harsh opinions and discussions regarding this matter.

“If this is the design of God, I obey it with reverence,” he said.

In the comments section on the Facebook post, Balasubrahmanyam clarified that he will be responding legally to the notice.

As part of the tour, Balasubrahmanyam along with playback singer Chithra and his son Charan has performed in Russia, Sri Lanka, Malaysia, Singapore, Dubai and has done several shows in India as well.

Ilayaraja and Balasubrahmanyam have been thickest of friends for over six decades. Even before they forayed into the film industry, they used to perform together at weddings, birthday parties and private concerts.

Balasubrahmanyam has also sung in several of Ilayaraja’s compositions over the years.