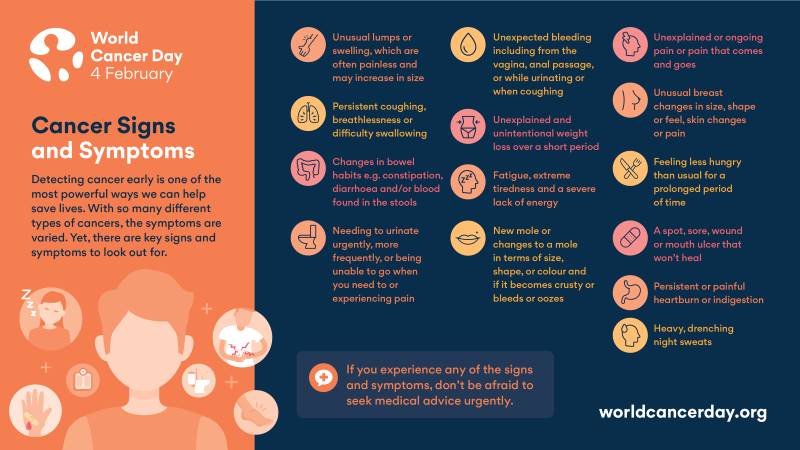 February 4 is World Cancer Day and the theme this year, “I Am and I Will,” calls for a personal commitment to help reduce the global burden of cancer. According to the Union for International Cancer Control, which organizes World Cancer Day, 9.6 million people die each year from cancer. That’s more than HIV/AIDS, malaria and tuberculosis combined.

However, more than one third of cancer cases can be prevented and another third can be cured if detected early and treated properly. We spoke to Dr. Swaminathan P. Iyer, Professor at the MD Anderson Cancer Center in Houston, Texas and President of the Indo-American Cancer Association to understand how we can reduce our risk for developing cancer.

Who Is at Risk of Developing Cancer?

Cancer is a group of diseases characterized by the uncontrolled growth and spread of abnormal cells. If the spread is not controlled, it can result in death.

It is usually not possible to know exactly why one person develops cancer and another doesn’t. But research has shown that certain risk factors, such as use of tobacco in a smoked or smokeless form, may increase a person’s chances of developing cancer. Another example is that 80% of all cancers in the United States are diagnosed in people 55 years of age or older so we can conclude that age is a risk factor. For many types of cancer, risk is higher with a family history of the disease, especially if one or more family members have been diagnosed with cancer at a younger age.

Among Indian Americans, residing in the US for a longer duration is generally associated with the adoption of an American lifestyle, which can expose us to cancer risk factors, such as smoking and excess body weight. Also, Indians have a high incidence of Type 2 diabetes, which shares several modifiable risk factors with cancer, including excess body weight, poor diet, and physical inactivity.

What can we do to reduce our risk?

According to a recent study by American Cancer Society researchers about 750,000 newly diagnosed cancers cases in the US in 2020 can potentially can be prevented by adopting healthy practices. Tobacco use remains the leading preventable cause of death in the US. Aside from avoiding tobacco use, maintaining a healthy weight and limiting alcohol consumption are the most effective strategies for reducing the risk of cancer.

Certain cancers caused by infectious agents, such as human papillomavirus (HPV) or hepatitis B virus (HBV) can be prevented through behavioral changes or vaccination to avoid the infection.

Having age-appropriate and regular screening can help prevent colorectal and cervical cancers and can also detect some cancers early, when treatment is more often successful.

Additionally, we need to be aware of changes in our body, such as the breast, skin, mouth, eyes, or genitalia, and bring these to the attention of a health care professional for early detection of cancer.

For more information, check out worldcancerday.org.

*Navami Naik is an Atlanta-based public health and communications professional.