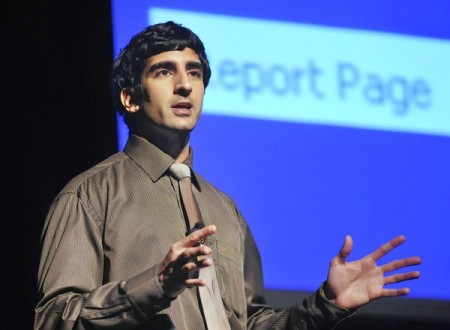 The overarching goal of the study is to illuminate the nationwide prevalence, frequency and scope of cyberbullying and electronic dating violence among a population of youth in the US.

“Cyberbullying is a unique form of digital abuse that involves a range of tormenting, humiliating, threatening, embarrassing and harassing behaviours and has gained a lot of attention in recent years,” explained Hinduja in a university statement on Thursday.

“Many teenagers across the United States also experience dating violence that typically consists of various forms of mistreatment from insults and rumour spreads to threats and physical assaults, added Hinduja, co-director of the Cyberbullying Research Centre and professor of criminology and criminal justice.

Hinduja and his collaborator Justin Patchin, co-director of the Cyberbullying Research Centre, will rigorously construct a nationally-representative panel of teens – ages 12 to 17 years old – who will be surveyed with parental consent.

Apart from descriptive findings by age, gender, grade, and other important demographics, they also will collect data on contributing factors to perpetration and victimisation, as well as the negative outcomes that stem from cyberbullying participation as an aggressor or a target.

There are a number of similarities between cyberbullying and electronic dating violence.

Cyberbullying tends to occur between individuals who do not like and do not want to be around each other.

Electronic dating violence transpires between two people who are attracted to each other, at least on some level.

“Most previous studies have focused on local schools or school districts as data sources. This leads to a key methodological limitation – the potential lack of generalizability – which can be

Results of this study will be disseminated through blogs and fact sheets posted on the Cyberbullying Research Centre’s website.

Hinduja received the “Global Anti-Bullying Hero Award” for 2015 from Auburn University for his efforts and contributions on the subject.

He recently spoke on Capitol Hill at a Congressional Briefing about cyberbullying and dating violence among teenagers.