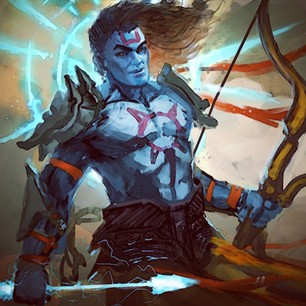 New Delhi, July 23 (IANS) A strategy card game, unique for being based on Hindu mythology, has recently hit the market, capturing the attention of a sizable number of gamers.

Maha Yodha, or great warrior, is the name of the card game described by its co-creator, Sagar Shankar, as an “epic battle-themed strategic card game based on stories from Hindu mythology.”

It is a two-deck set of 42 cards each, divided between the “Aditya” and “Asura” factions of gods and demons who battle each other with their legendary weapons and magic scrolls, all represented in the cards.

The imagery on the cards uses Odisha’s famed Pattachitra art form, modernized by game designer and co-founder Chandan Mohanty. This is the first Indian game to be funded through the Kickstarter crowd funding platform for projects, Maha Yodha co-creator Sagar Shankar told IANS.

“The company through which Maha Yodha was funded by Kickstarter is US-based”, said Sagar, describing the modalities by which a company had to be set up in the US to get Kickstarter’s funding.

He also said that the US-based funding platform had subsequently helped find 900 orders for Maha Yodha.

“While designing the game our main main intent was to have a simple and fun game that also informs and piques your imagination”, said Sagar, who works as a social enterprise consultant.

“It introduces people to the world and characters of Hindu mythology”, Sagar said of Maha Yodha, available in both a deluxe edition for $40 and a limited edition at $100.

The game has simple rules and yet has a lot of strategy and thinking required in each round of game play, set in a format that is both challenging for veteran card players and simple enough to learn for new players.

The makers are currently developing a Mahayodha application that would be made available for gaming on mobiles.