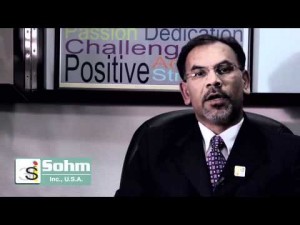 Washington, July 22 (IANS) An Indian-American CEO of two publicly-traded companies has been convicted for paying kickbacks in return for purchases of his companies’ stocks, a media report said.

Shailesh Shah, 48, of California pleaded guilty before a US district judge to two counts of mail fraud and two counts of wire fraud Monday, The Boston Globe reported.

Shah will be sentenced in October and could face up to 20 years in prison for each count and a $250,000 fine.

Shah was the president and CEO of SOHM and Costas, both based out of California. Hewas accused of paying kickbacks to an investment fund representative in exchange for buying stock in the two companies.

The fund representative was, in fact, an undercover FBI agent working on an investigation into fraud in the market for penny stocks, the report said.

Penny stocks are less heavily regulated than stocks that trade on major exchanges such as the Nasdaq or the New York Stock Exchange.

20th Anniversary of the ALL NATIONS DEEPER LIFE CONVENTION